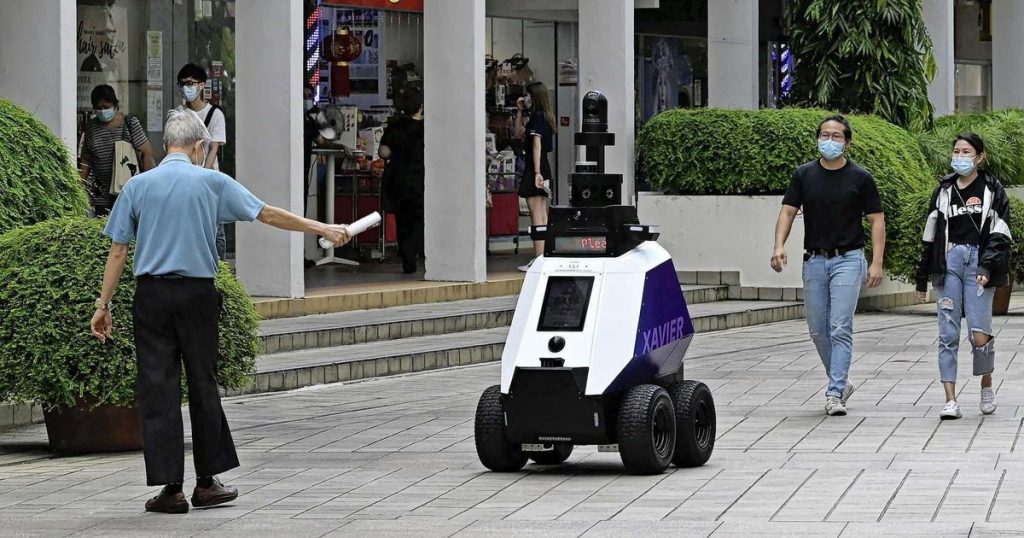 The bots fit into an arsenal of surveillance techniques that pose major privacy concerns, writes The Guardian. The small state has seen “an explosion” in government surveillance of citizens.

In a test in September, two robots roamed streets and a shopping mall looking for “socially undesirable behavior,” such as smoking, parking bikes improperly – and breaking distance rules.

The government is championing a hyper-technological and highly efficient version of a “smart nation” as it is called, but recently resistance has grown. Activists are furious at the lack of confidentiality or anonymity.

The new patrol robots have seven cameras. During the test, the robot ‘Xavier’ approached a group of older men. They watched a chess match. “Please keep one meter apart and limit a group to five people,” the robot said.

Frannie Teo, a 34-year-old researcher, also spotted the robot while shopping. “It’s like Robocop,” he said. Teo foresees “a dystopian world full of robots … I would be a little cautious about such a future”.

Wrong! These caregivers do not keep their distance.

The government is defending its policies because there are too few potential boa available to do the job. “The workforce is actually shrinking,” said official Ong Ka Hing. Privacy activist Lee Yi Ting sees it differently. “All of this contributes to the feeling of… that you have to be careful about what you say and what you do in Singapore.”