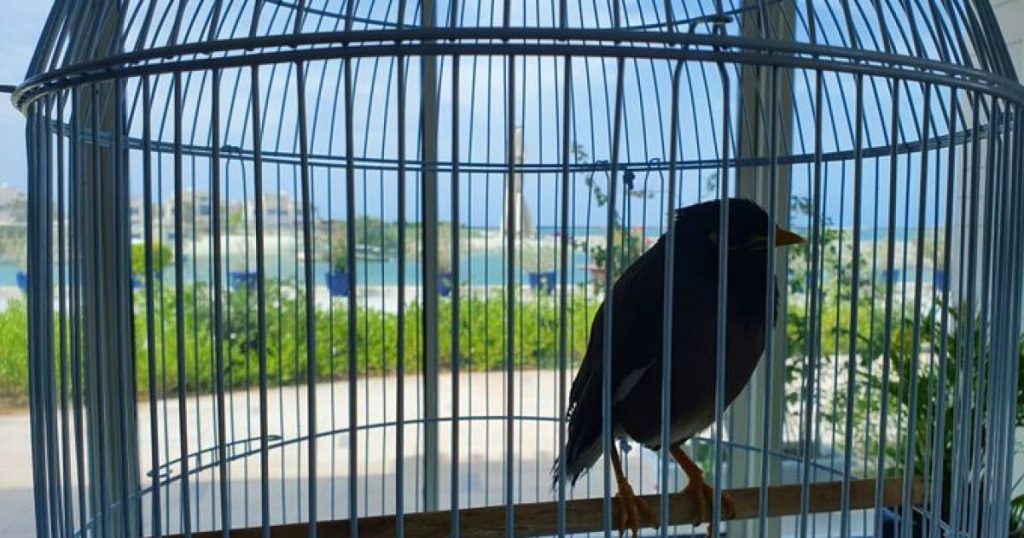 The French Ambassador to the United Arab Emirates strikes a chord on Twitter with the story of a young girl who wanted to flee Afghanistan with her faithful bird. Due to hygiene measures, the bird was not allowed on a flight to France, after which the ambassador took care of the animal. In a touching Twitter thread, loved by thousands of people, the Ambassador talks about the special friendship that has developed between him and the bird.

Frenchman Xavier Chatel, 45, works as an ambassador at Al Dhafra air base in the United Arab Emirates, on the border of Saudi Arabia and Oman. During large-scale evacuations in Kabul, the air base temporarily served as a reception center for families fleeing the Taliban. Chatel has been working hard ever since. An event that still impresses him today keeps him in suspense.

“There is a story that I have wanted to tell for a while,” he begins. “During the Afghan evacuation mission, a girl arrived exhausted at Al Dhafra Air Base with an unusual possession: a bird. At Kabul airport, the girl had done everything to take the animal with her. The two were inseparable, according to the ambassador, but the short-lived friendship was forced to end. For hygienic reasons, animals were not allowed on his flight to France.

The young girl, upon hearing the news, was very sad and “cried quietly”. He grabbed the Ambassador by the throat. – I promised then that I would take care of the bird at the embassy. I told her that she could visit the bird at any time and take it back. I will never forget his grateful look, “writes Chatel.

During these “fourteen difficult days” at the base, the French ambassador slept about two to three hours a night. “That’s how intense the evacuation was,” recalls Chatel. One morning, sleep still in his eyes, he took Juji – the name of the bird – to the French Embassy. The trip went without incident. The animal escaped from its box and made a big mess in its car.

To avoid such incidents in the future, the ambassador bought a “beautiful cage”. “I can now take him out on cool mornings so he can see the other birds.” He now has a girlfriend, a pigeon who visits him every day. His infatuation apparently brought out the craziest things in him. “He now starts shouting mysterious things at night, in a language we don’t understand,” he said in amazement.

Determined to strike up a conversation with the animal, the ambassador tried to teach the bird a few words of French, starting with Hello (hello in French). “But the point is, Juji doesn’t like men. He frowned and looked rather angry, as he just laughed at the women. I desperately tried to shout ‘hello’ every day, but he absolutely wouldn’t listen to me. ‘

A colleague from the Embassy tried again a little later and – unsurprisingly – with success. The bird now says a friendly hello to everyone in French and steals the show at the embassy, ​​writes the ambassador. Yesterday, the story took a golden turn, as the young Afghan girl, named Alia, suddenly contacted the ambassador. “She was so happy to see her bird being so pampered. She wanted me to teach her the French language. Alia, your bird has become the embassy mascot, but it’s there for you. And if I can, I will bring it to you personally someday.