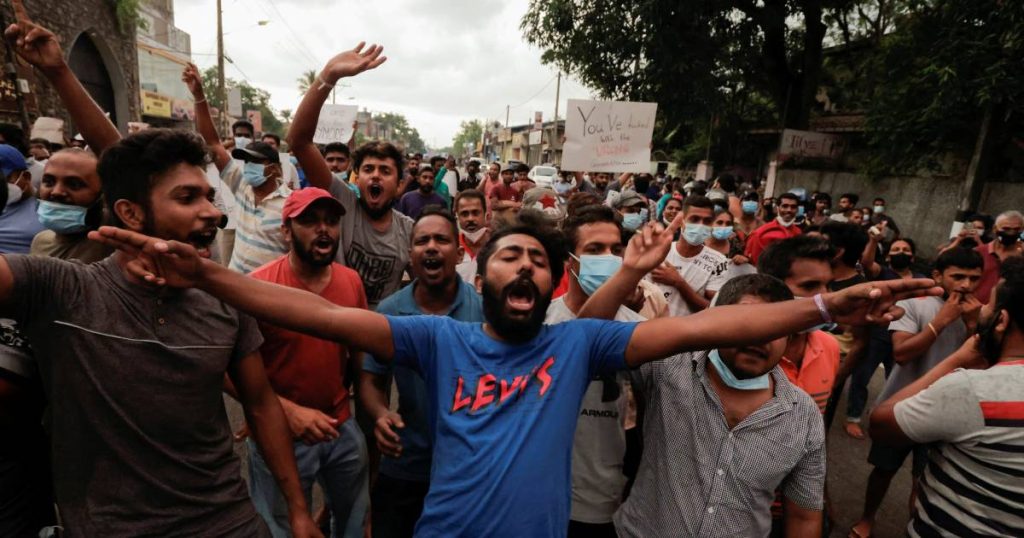 The Minister of Education announced it today. It is not yet known whether the president has accepted the resignation.

Three other members of the powerful Rajapaksa family were among the ministers who tendered their resignations. They managed the Finance, Agriculture and Sports portfolios.

The president declared a state of emergency in Sri Lanka on Saturday after days of protests and imposed a curfew from Saturday evening to Monday morning. About 750 protesters, including MPs including opposition leader Sajith Premadasa, didn’t care.

They demonstrated in Colombo, the country’s largest city, against inflation and the president’s economic policies, among other things. Many protesters have called for the ousting of the Rajapaksa family, which has returned to power since November 2019.

Inflation in Sri Lanka is now around 19%. The country also suffers from shortages of energy, food, medicine and fuel. The island of 22 million people has seen 70% of its currency evaporate in two years and can no longer afford the import of essential products.

Sri Lanka has already turned to China, India and the International Monetary Fund (IMF) for help. India is helping with a €900 million loan to ship rice and other essentials to Sri Lanka, among other things. Rice is already twice as expensive as a year ago.