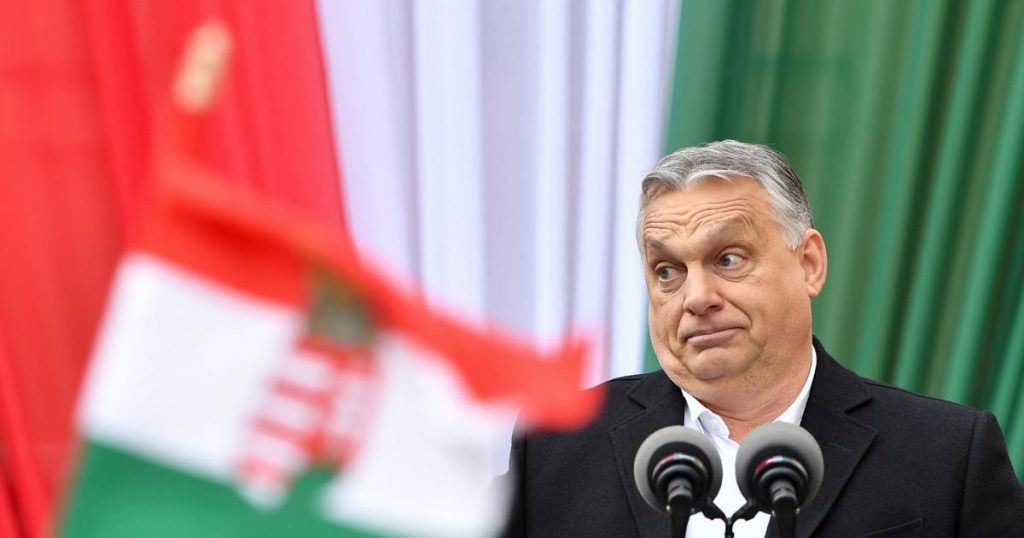 With more than half of the votes counted, his party Fidesz is at 58%, against 30% for an alliance of six opposition parties. Opposition Leader Peter Marki-Zay admitted his loss.

Addressing a jubilant crowd that chanted his name, Orbán said: “We have won a great victory – a victory so great that you may be able to see it from the moon and certainly from Brussels.”

During the Hungarian parliamentary elections, the entire opposition united against outgoing Prime Minister Viktor Orbán. Six parties are represented in the United for Hungary opposition coalition, from the radical right to the ecological left. Orban (58) is Hungarian Prime Minister for the second time since 2010. He also ruled the country between 1998 and 2002. He restricted press freedom and manipulated democracy.

Peter Marki-Zay, 49, had been chosen by opposition parties as Orbán’s challenger. He says he wants to make the country more democratic and defends a more pro-European approach. According to him, the elections are a choice between Orbán and affiliation with Russia, or opposition and affiliation with the West. Orbán is one of Putin’s most important allies in Europe, he condemned the invasion of Ukraine, but went less far than his European colleagues.

Hungarians could also vote on new LGBTI policies, which would make it nearly impossible to openly admit anything other than heterosexuality. Early results did not provide any guidance on these issues.