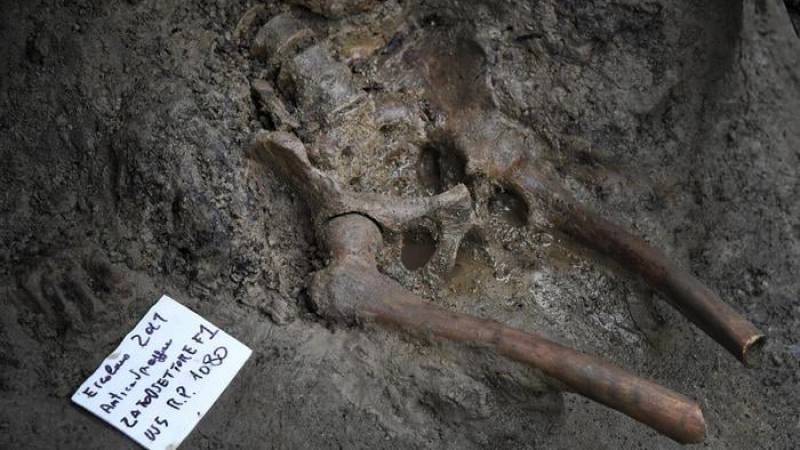 The remains of the man who was between 40 and 45 were found a stone’s throw from where the shore stood at the time. “He was found with his head turned towards the sea,” Sirano said. The archaeologist believes that the man was knocked down by the cloud of burning ash spat from the volcano and from which he tried to escape.

“His last moments must have been terrible,” said Sirano. “It was 1 am when the first cloud of burning ash reached the city, with a temperature of 300 to 400 degrees and according to some studies even 500 to 700 degrees. A boiling cloud that reached a speed of about 100 kilometers an hour moved towards the sea and it was so dense that all the oxygen was gone. “

The site was last excavated 25 years ago. Then more than 300 people were found where the sandy beach once stood. They could have waited there for the naval fleet of the scholar and Roman commander Pliny the Elder to bring them to safety. According to Sirano, the man who has now been found may also have been an assistant to Pliny who was on the lookout.

To learn more about the find, a large piece of lava rock containing the skeleton is cut up and taken to a lab for further research. In addition to the skeleton, traces of tissue and metal were also found. “It could be a bag of tools, or guns and coins,” suggests Sirano.