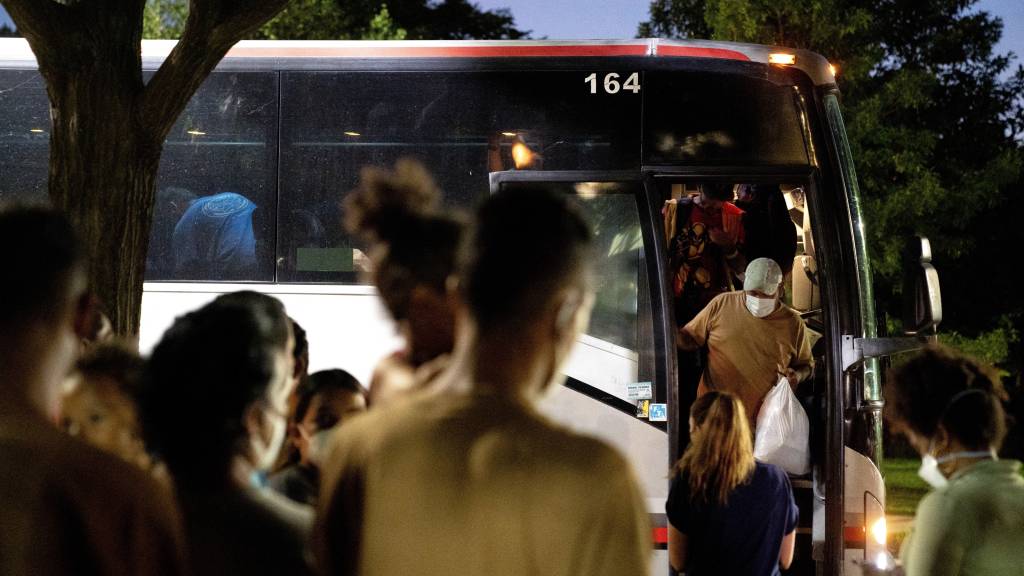 The mayor of the American capital Washington declared a state of emergency after the arrival of more than 9,000 migrants in her city. For months, buses full of asylum seekers have been arriving from Texas and Arizona, on the border with Mexico. Republican governors in those states are trying to enforce a tougher immigration policy with President Biden.

Florida Governor Ron DeSantis is now also beginning to transfer migrants from his state. He goes even further: DeSantis sent two planes carrying migrants to Martha’s Vineyard, an island off the coast of Massachusetts where many wealthy Americans have vacation homes, including former President Obama.

According to DeSantis, “every community in this country should bear the same burden, not just Republican states.” By this, he refers to border states such as Texas and Arizona. Governor Abbott accuses the president of “endangering” the lives of Texans and Americans.

New York and Chicago also saw buses arrive, albeit in smaller numbers. The mayors of the three big cities call it a political spectacle. “People are taking refuge here, and are treated with such cruelty by the governor of Texas,” said Eric Adams, the mayor of New York.

It’s 7 a.m. in Washington when a bus passes around the corner. Nearly sixty migrants come out almost on the sidewalk of the Capitol. They look tired but relieved after a 40 hour journey. There was little time for a break along the way. Most only have a plastic bag with food or drink in hand, some a Red Cross emergency bag.

Cousins ​​Yibr (21) and Daniel (22) have been traveling from Venezuela for three months. Apart from Venezuela, the migrants on this bus come mainly from Colombia and Peru. Along the way, they had to say goodbye to Daniel’s brother. Texas border guards separated them and put the brother on a bus to Chicago.

The cousins ​​say they had grueling months, traveling on foot through jungles, cities and eight countries, risking their lives. It was particularly difficult in Guatemala and Mexico. Their route was blocked several times and they had to bribe corrupt cops to get through.

Many other bus passengers met them at the start of their journey, they say. It now feels a bit like a family, which has become smaller and smaller due to all the risks along the way.

“The Happiest and Hopeful”

Tatiana Laborde and her humanitarian organization SAMU First Response wait for buses in the American capital. “The city is not ready for it, but we are trying to organize a good arrival with all our might.” Among other things, Laborde and his colleagues provide a meal. They have a refuge where they can temporarily accommodate around fifty migrants.

Laborde himself came to the United States 22 years ago. She finds what is happening now upsetting. “Every time I see a bus arrive I have tears in my eyes because of the uncertainty and fear people have to live with. Yet the majority are happy and hopeful to have arrived in this town. They don’t see that they’re being used as a political stunt.”

Extra money due to the state of emergency

The White House reacted strongly, calling the choices of the three Republican governors “shameful, reckless and wrong”. But despite these disapprovals, Muriel Bowser, the Democratic mayor of Washington, is also disappointed with President Biden’s approach. His request to deploy National Guard troops was twice denied. The declaration of the state of emergency releases ten million dollars from the coffers of the city to improve the reception.

Yibr and Daniel will barely notice. The final destination has been reached, but uncertainty remains. All they have with them is a yellow envelope containing important documents with which they begin a long asylum procedure. In the weeks to come, Daniel especially hopes to quickly find his brother, who has since arrived in Chicago.