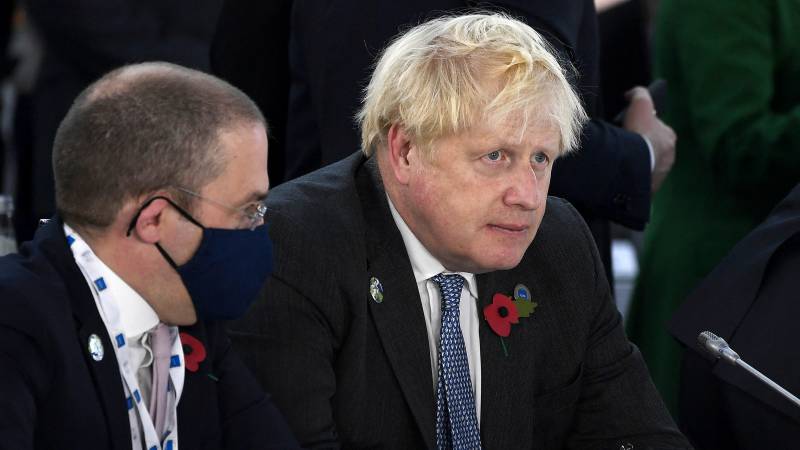 As the host country of the climate summit, the UK wants to show leadership on the international stage. In the run-up to COP26, the UK government presented ambitious national greening targets. Wind energy plays a crucial role in this regard. “Saudi Arabia in wind power” is Prime Minister Boris Johnson’s motto. Not just because it’s better for the environment; also because it creates jobs and economic growth.

For the first time in a long time, the British Prime Minister delivered a speech without jokes. Even when the British en masse recently in a traffic jam stood in front of the gas pump and found empty shelves in the supermarket, he still managed to make them laugh. This time, there was no humor in his message when he addressed G20 leaders in Rome on climate Sunday.

“There are no excuses for procrastination,” he said. “We are already seeing the devastation caused by climate change, from heat waves and droughts to wildfires and hurricanes.” The 1.5 degrees must remain within reach, stressed the Prime Minister. “When this climate summit fails, everything fails.”

Hosting the climate summit in Glasgow, Johnson demands that world leaders set ambitious targets to reduce their emissions. But does he have the right to expect this from other countries? The answer is yes: his government is presenting greening plans that go far beyond what most of the world’s right-wing leaders are pursuing, including the Dutch government.

And with that, Johnson continues in the direction set in motion by his political predecessors. The UK was the first country in the world to net zero goal and enshrined it in law. Former Prime Minister David Cameron planted more wind turbines a decade ago than his own Conservative Party deemed necessary at the time.

Johnson, who is known as a political ‘opportunist’ who knows better than anyone how to hook traditional left-wing Labor voters, knows the recent opinion polls: over 56% of Britons want the government to do more to go green. This, combined with a political strategy described by the term “boosterism” (the penchant for injecting money into large-scale transport projects) has led to great ambitions in its government plans.

Wind power is central to the goal of providing the whole country with green electricity by 2035. The Siemens Garmesa factory in the northern city of Hull is an oft-cited example of how a investing in green technologies can also bring economic growth to poorer regions.

The factory recently received 186 million to expand further. Director Andy Skys said: “It’s not just the 1,000 jobs here at the plant, but all the supply chains that go with it that will create jobs in the region.” The director proudly points to the 81-meter-long wind turbine blade on which around twenty men are working behind him. “One swipe of the wick can power a house all day long.”

But investing heavily in green technologies is far from enough, says climate expert Tom Burke. He heads the E3G think tank and has previously advised the UK government on climate policy. “No one doubts the personal motivation of the current Prime Minister to go green. His family has a long tradition of environmental activism and his current wife has a reputation for it. The question is whether he can be live up to that and convert it into government policy where no one is left behind. And there are doubts about that among the experts, ”says Burke.“ This is about his competence as a politician, not of his conviction as a person. “

The technology is here, now a good policy is still needed

Investing in green technologies must go hand in hand with investing in social transition, says Burke. “The great social changes that lie ahead must be controlled by the government. People need to be trained and retrained so that no one is left without a job. I haven’t seen a plan for that yet, and it’s dangerous because if you are socially If everyone doesn’t get along, there will always be people who object for fear of losing their income. “

And it’s a problem that Burke says is global. The technology is there, but it is now up to world leaders to translate it into good policy.