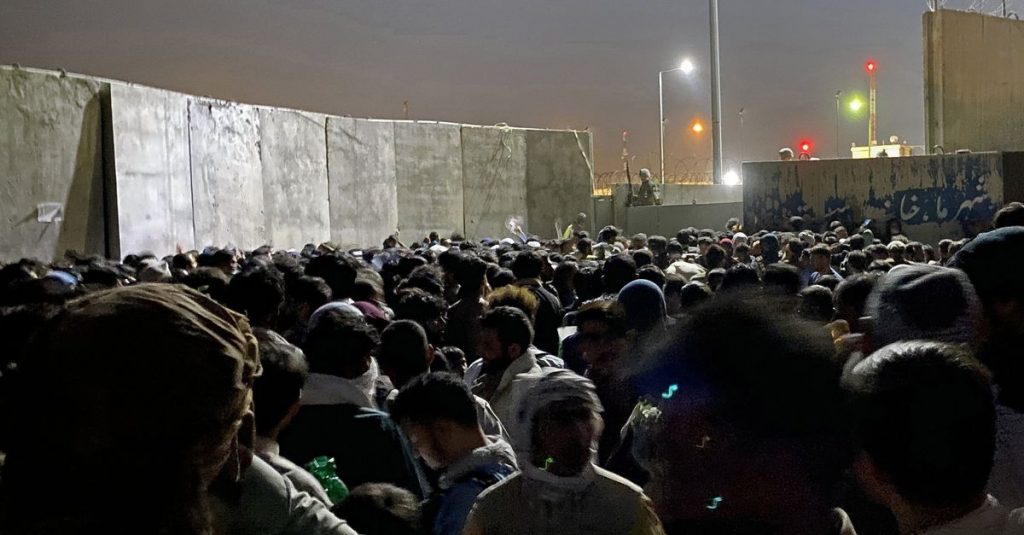 One more week. As it stands, the Western military accompanying the evacuation of the Afghan capital, Kabul, have so far. Taliban spokespersons said on Monday that there was no question of expanding the international military presence after August 31.

The question is whether Western countries will be able to evacuate all those they wish to remove from the country before that date. This depends not only on the flights available, but also to a large extent on the ability of the evacuees to reach the airport. The Taliban control the access roads, at the airport gates soldiers cannot handle the crowds, so people miss their flights and have to return to the city.

Moreover, it is not yet entirely clear to the Netherlands who exactly wants to evacuate. Last week, at the insistence of the House of Representatives, the cabinet decided to increase the number of Afghans allowed to come to the Netherlands. Not only interpreters who have assisted military missions in the past, but also, for example, guards and drivers and employees of aid organizations have access to the Netherlands.

Read also : “The Afghans have a lot to lose twenty years later”


Lists of names of Afghans allowed to come are not yet ready, a foreign ministry spokesperson said. “These lists are working documents. We cannot encrypt. Applications continue to flow to The Hague Crisis Center. It is therefore not known whether it will be possible to evacuate everyone before August 31. “We can only say that we are working very hard to keep as many people away as possible for as long as possible.”

The tenth Dutch evacuation flight took off from Kabul on Monday. Including those on board, the Netherlands had by then brought to safety 810 people – Dutch, Afghans and people of other nationalities. It is therefore not known how many more will follow in the coming week.

Read also : From panic in Afghanistan to a fenced lawn north of Groningen


The situation at the airport is now a humanitarian emergency. On Monday, an Afghan soldier died in a shootout around the north side entrance gate. The day before, seven Afghans, including a two-year-old girl, were killed there. Total number of deaths since the start of traffic at the airport a week ago, is now over twenty.

According to German army chief Eberhard Zorn, the number of people bivouacking at the airport has dropped from 7,000 to around 5,000 since the weekend, due to ongoing evacuations. The aim is to reduce this number even further, so that there is room for new people who wish to leave. German soldiers brought diapers, pacifiers, soft toys and food for the young children who often stay at the airport for days on Sundays.

The security situation outside the airport, where Taliban fighters are blocking access by force, is so precarious that the United States deployed three helicopters on Monday to evacuate people from a building 200 meters from the airport. airport, Reuters news agency reported.

Read also : “The West made the Taliban very important after September 11”


The UK government said on Monday it is already clear the UK cannot evacuate everyone until August 31. The British will welcome in a second phase the Afghans who leave by another country, for example Pakistan, according to the report. Financial Time. President Joe Biden had previously ruled that the last U.S. military would leave by August 31, and the British government says it is inconceivable that the British will stay after the United States leaves. Joe Biden kept the option open on Sunday to extend the term.

British Prime Minister Boris Johnson is expected to ask Biden to extend the deadline this Tuesday at a scheduled virtual meeting of the G7 – rich industrialized countries. Taliban spokesmen immediately said Monday that it would cross a “red line” and have “consequences”. Germany and France are also pleading for keeping the airport open longer. German Foreign Minister Heiko Maas said on Monday that only 1,800 of the 10,000 people who wish to evacuate Germany have left the country.

A version of this article also appeared in NRC on the morning of August 24, 2021