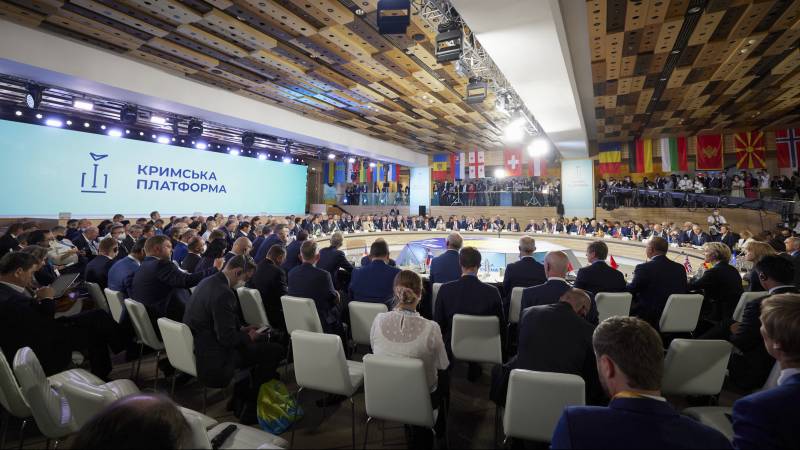 At an international summit in Kiev, Ukrainian President Zelensky stressed that the Crimean peninsula belongs to Ukraine. Now “the countdown to the end of the occupation begins,” he said on the so-called Crimean platform.

Representatives from around 40 countries will attend the summit, including European ministers and heads of government and a delegation from the United States. The summit will be held on the eve of Ukraine’s 30th Independence Day. Dutch Minister Tom de Bruijn for Foreign Trade and Development Cooperation is also at the Kiev summit.

With this meeting, the Ukrainian government wants to put the Russian occupation of Crimea back on the international agenda and put pressure on Russia to withdraw. The Kiev government also wants to draw attention to human rights violations in Crimea, which was annexed by Russia in 2014.

The original inhabitants of the peninsula, the Crimean Tatars, are oppressed, according to Ukraine. According to President Zelensky, there are more than 100 political prisoners in Crimea. In addition, according to the president, Russia has transformed the peninsula from a holiday and recreation region into an ecologically endangered military base.

Correspondent Iris de Graaf says it remains to be seen whether Ukraine will ever get Crimea back. For Russia, in any case, restitution is not an option: the peninsula is strategically very important, in particular because of the large military base of the Black Sea Fleet and its control over the Kerch Strait, which connects the Black Sea to the Sea of ​​Azov.

Restitution would also mean a loss of face: in Russia, annexation has been excused for years under the guise of “historical justice”.