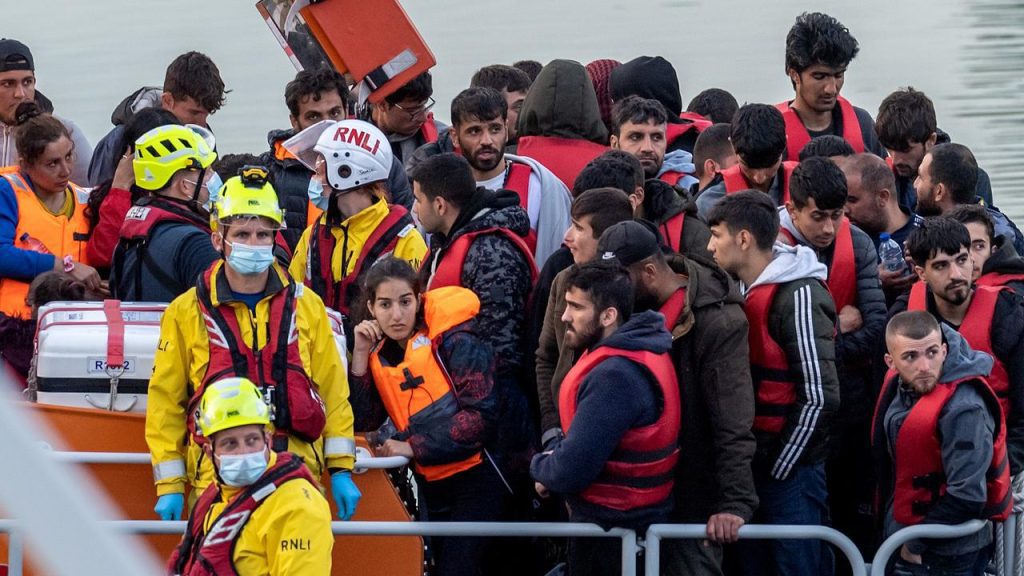 The UK Home Office has launched a trial that will enable the electronic tracking of migrants who have entered the UK on board boats or in the back of trucks, according to the report. BBC Saturday. This is a year-long trial for adults awaiting deportation.

The experiment started on Thursday in England and Wales. The trial aims to test whether electronic monitoring makes it easier to maintain regular contact with asylum seekers and to process their applications more efficiently. In addition, the trial aims to collect data on the number of migrants who go into hiding after arriving in the UK.

Those on trial may be subject to a curfew. In addition, they can be imprisoned and sentenced if they do not comply with certain conditions.

Critics say the plan treats migrants like criminals. There are also concerns about possible negative effects on their mental and physical health, especially if they have been victims of torture or modern slavery in the past.

Pregnant women and children are excluded from the experience

It is unclear how the UK government decides who monitors them or not. However, it is established that children and pregnant women are not followed. According to the British media, the first group to monitor are partly made up of asylum seekers who would actually be brought to Rwanda.

In April, the UK signed an agreement with Rwanda to receive illegal immigrants and asylum seekers in the African country for a fee. London wants to prevent migrants from France from making the dangerous crossing to England, often in rickety boats and aided by smugglers. However, the European Court of Human Rights (ECHR) decided this week to put an end to this plan.