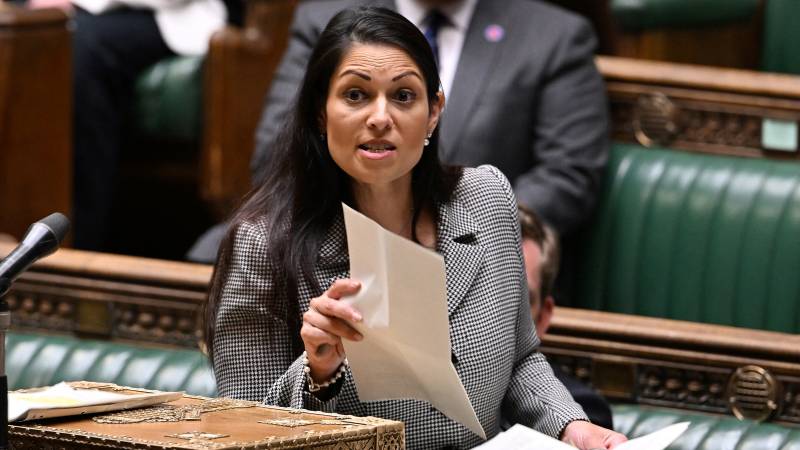 The minister wonders about the motivations of the court and finds the method “opaque”. On Tuesday, the first flight would carry refugees from the United Kingdom to Rwanda. British judges ruled that the theft was allowed to leavebut the European Court of Human Rights (ECHR) ruled that there was a “real risk of irreparable suffering” for the refugees.

Following the European Court’s decision – to which the UK is still bound despite Brexit – Minister Patel immediately made it clear that the Government would continue to plan further flights. After the ruling, Tory parties also voted to turn their backs on the tribunal, but Justice Minister Dominic Raab said on Thursday that such plans were not on the table. However, he said that the ECtHR had gone beyond its scope.

The UK has designated some 130 asylum seekers to be airlifted to Rwanda under the controversial plan. Dozens of asylum seekers filed and won individual lawsuits, so they didn’t have to fly.

The plan was announced by Prime Minister Johnson in April, and he says it aims to discourage high-risk people from smuggling across the Channel. The UK has reached an agreement with Rwanda on this subject, in which it was agreed that the country would receive illegal immigrants and asylum seekers for a fee. Johnson’s plan sparked a storm of protests from, among others, human rights organizations and the head of the UN refugee agency, UNHCR, Filippo Grandi.