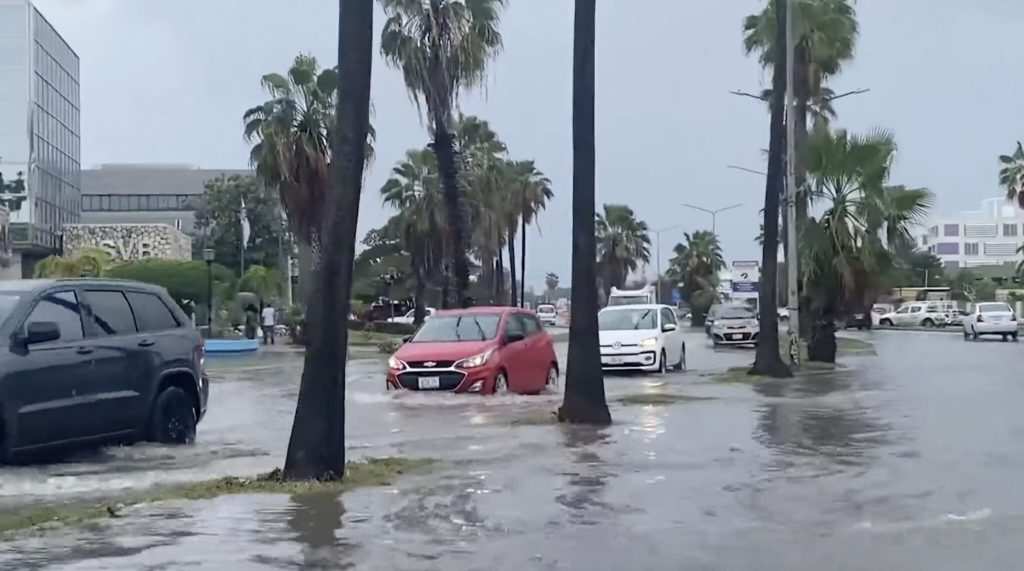 A tropical wave brought heavy rain showers to Curaçao, with flooding in some places. Once again, this shows how vulnerable the island’s infrastructure is.

Earlier Thursday, the weather service warned of “flooding in vulnerable places”. A few hours later, many images are shared on social networks of places where the streets are flooded, like in Otrobanda.

“All day, the various radios warned that it would rain heavily. There were also an impressive number of accidents on the street yesterday,” correspondent Oscar van Dam said.

“The Navy has been called in to provide assistance, schools are not opening today and people are being asked to start work later.”

In Saliña, a car almost completely disappeared into a crowded ditch on Thursday. It is one of the busiest places in Curacao, with many large businesses, shops and restaurants. It is also the most prone to flooding.

Curaçao asks for help from the Defense
“Many natural disasters – which had been prevented – did not occur. In the evening it stopped raining. Curaçao usually spent the evening quietly, waiting for what was to come.

Curaçao has asked the Defense to be ready to provide transport and emergency assistance. La Défense has special all-terrain vehicles, the so-called anacondaswhich can drive in difficult areas.

Neighboring islands Aruba and Bonaire also have to deal with thunderstorms and stormy seabut the situation seems correct.

The government wants to prevent a lot of traffic on the street early Friday morning.

Education Minister Cithree van Heydoorn decided to close schools on Friday. For years, schools have been forced to remain closed during heavy downpours. This is not only due to traffic problems, but also to the infrastructure problems of the schools themselves. Several classrooms are spread over the school grounds and are then inaccessible due to standing water and mud.

Meteo withdraws its warning
According to the latest weather report, there could still be a short downpour locally, but the “yellow code” no longer applies. “The severe thunderstorm warning has been withdrawn. Code yellow will continue to apply to rough seas in the western and southern coastal areas.

Climate change
Due to climate change, extreme weather events are expected to become more frequent. For the ABC Islands this means: more heat, more drought and when it rains it will be more intense.