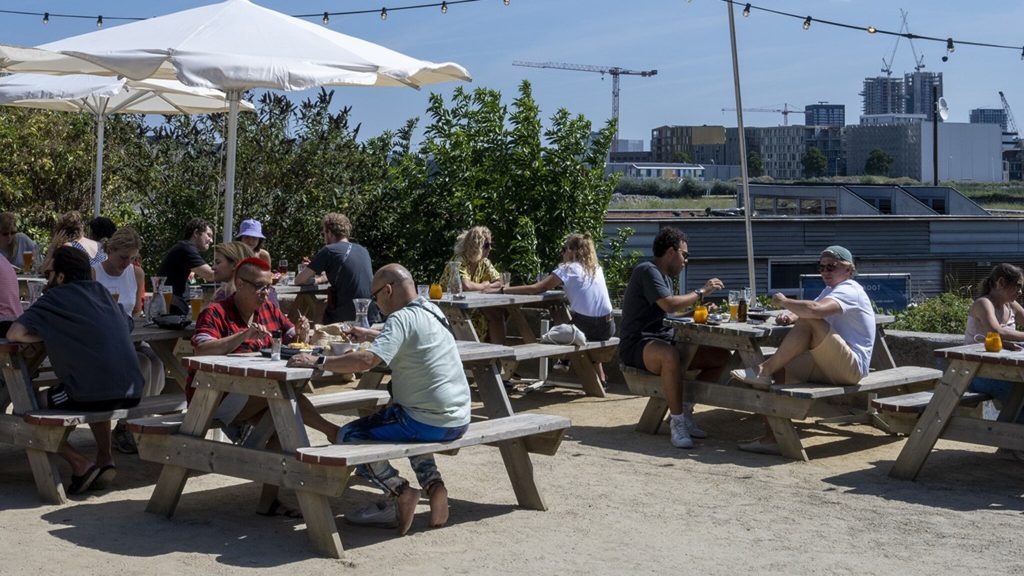 High temperatures do not only occur in the Netherlands. It is also warming considerably in Belgium, Germany and Spain. In the latter country, it can even reach 30 degrees. “Even in the north of France, which is much further north, temperatures can rise above 30 degrees,” says Middendorp.

Some people will appreciate the warmer weather. The heating may be absent, the weather is fine in the normally gray autumn period and this is positive for the energy bill. “Then you often think about going to the terraces and being outside. But the seriousness of the matter is that if the same situation were to happen again in the summer, it would now be back to 40 degrees,” says Middendorp.

But can we no longer expect cold winters because of this? “You can’t determine it yet, but cold winters are becoming rarer. This will change to a longer autumn and therefore the chances of Elfstedentocht and a White Christmas are decreasing.”

Exceptional temperatures are part of climate change, explains Bart Verheggen, climate specialist at RTL Nieuws. He agrees with Middendorp that it could be nice for winter if it’s less cold, but he also wants to point out the other side of the story. “In the summer, we have already seen record-breaking wildfires, floods and heat waves.”

Verheggen sees these warm temperatures in October as part of a larger trend. “For a long time we thought climate change was a distant sight. But more and more Western countries are also confronted with it and the consequences are multiplying.

This week’s weather is influenced by the jet stream. “It’s a strong wind about 10 kilometers high. At the moment, the updraft of this jet stream is skirting the coast of Spain and France to the UK, and it will move slowly in our direction over the next few days,” Verheggen said. said.

Along with this air, dust from the Sahara will also be heading our way on Friday. According to Verheggen, this region is already warmer than average. Because there are few clouds, but there is a lot of sunshine, the temperatures rise considerably.

To highlight more clearly how exceptional these temperatures are compared to the annual average, meteorologist Middendorp indicates that the average temperature should now be around 13 degrees. But since it can already reach 25 degrees on Friday in Limburg and 22 degrees in the center of the Netherlands, we are 9 or 10 degrees above.