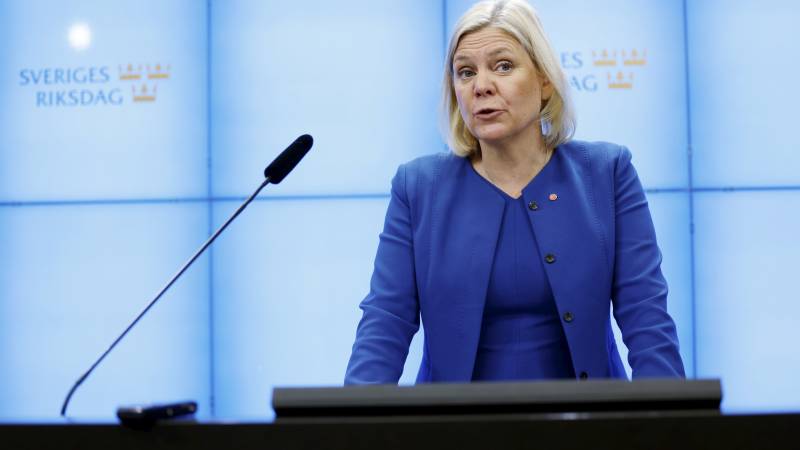 Magdalena Andersson was today the new Prime Minister of Sweden. It was the first time that a woman had held this position. Parliament had given the green light to her nomination with the smallest difference possible, but she stopped again a few hours later after the Greens of the Green Party left the coalition.

After his appointment today, Andersson was immediately given the task of guiding the government’s budget through parliament. It did not work. Parliament opted for a counter-budget drawn up by three opposition parties.

Anderson had said in advance that she could live with it if an alternative was supported, but coalition partner the Greens decided to step down. Because of this, Anderson was forced to quit before she even started.

Andersson stressed that she wanted to become prime minister again, this time from a one-party government.

Andersson was due to present a new government on Friday. Parliamentary elections will be held in Sweden in September next year.

Social Democrat Andersson (54) took over from his party colleague Stefan Löfven, who in August announced his resignation as head of government and party. He has led a red-green minority government for the past seven years. Andersson was then Secretary of the Treasury.

Not a majority against

Of the 349 deputies, 117 voted for Andersson as the new prime minister. It is far from a majority, but the Swedish constitution states that prime ministers can be appointed if there is no majority in exchange for is.

In this case, 174 parliamentarians voted against, making the appointment a fact. Two opposition parties abstained, one of them did so in exchange for a pledge on pensions.

Andersson was visibly moved when the result of the vote was announced: