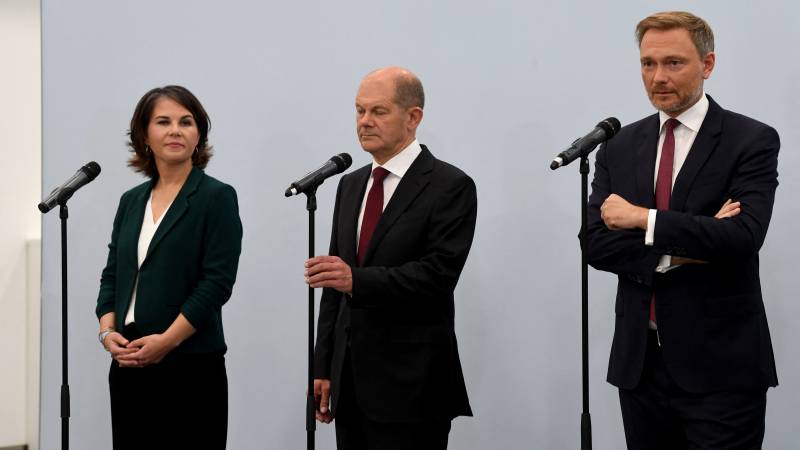 The three parties which are talking about a new coalition in Germany will present their coalition agreement this afternoon. The social-democratic SPD, the Greens and the liberal FDP will hold a press conference at 3 p.m. to explain the plans.

The deal means that SPD leader Olaf Scholz will likely become the new chancellor; the Bundestag will vote on it. He thus becomes the successor of Angela Merkel (CDU), who resigned after sixteen years. Her party suffered a heavy loss in the legislative elections at the end of September, Merkel had already indicated that she did not wish to stand for re-election.

The “traffic light coalition”, named after the colors of the three parties, said earlier that it was committed to modernizing the economy and tackling climate change.

Some SPD, Greens and FDP projects had already emerged in an exploratory document. These include the early withdrawal of coal-fired power plants and an increase in the minimum wage from 9.60 euros to 12 euros per hour.

Formal negotiations on a new coalition agreement began on October 21. At the beginning of October, the president of the SPD already expected that a new government would be in place before December. The deal has yet to be approved by members of the parties.

Since German reunification in 1990, it has taken between 30 and 171 days to form a new government. The record for the longest formation was set in 2017.

59 days have passed since the Bundestag elections on September 26. The duration of the training will increase somewhat as the new government has not yet been introduced.

Why the German elections were also important to us, correspondent Wouter Zwart explained earlier in this video: