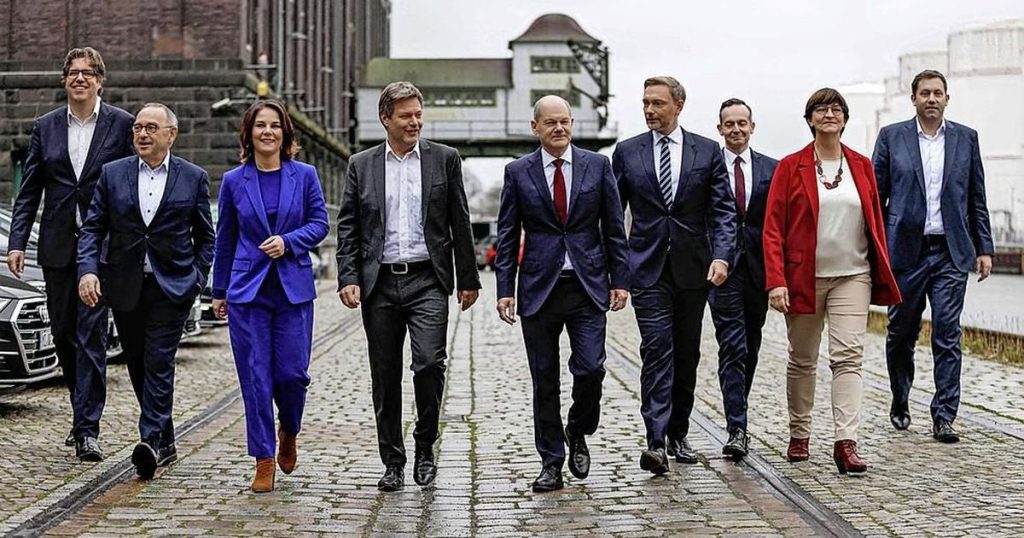 The presumably new Chancellor Olaf Scholz has promised: “A bonus of one billion euros will go to nursing care.” Many nurses quit due to high work pressure and relatively low wages. Scholz also wants to increase the minimum wage to twelve euros. “It helps ten million workers,” said the Social Democrat.

A favorite project of the left, the wealth tax for the rich, is no longer on the table. The Liberals went there. To this end, the beacon coalition wants to relieve the means and small incomes. “There will be a basic income for the children, who have to go out of social assistance,” Scholz promised.

And he stood up for the twenty million elderly German people. “Pensions will remain stable. His coalition partner Lindner spoke of the “fear of inflation”, which rose to 6% this month.

The FDP has also been successful in pushing through the legalization of cannabis use. In the long run, the cafes could even be modeled on the Dutch model, with quality controls by the government. Another major problem is the housing shortage in cities. “There are 400,000 new homes a year, 100,000 of which are owned by the state,” Scholz promised.

In terms of energy supply, the green-right coalition wants to close German coal-fired power stations more quickly. Current Chancellor Merkel (CDU) has called for her withdrawal from the grid in 2038. “We want 80% of energy sources to be sustainable,” said Robert Habeck, perhaps the new “super minister” for the environment and the economy. Today, Germany derives 40% of its energy from wind and hydropower, among others.

Emphasis will also be placed on the modernization of civil law. “We are going to reform citizenship, as well as family law,” promised Greens president Annalena Baerbock. This should increase the integration of foreigners and the rights of children and single parents. “We need to see more of the perspectives of children, students and youth, not just adults. “