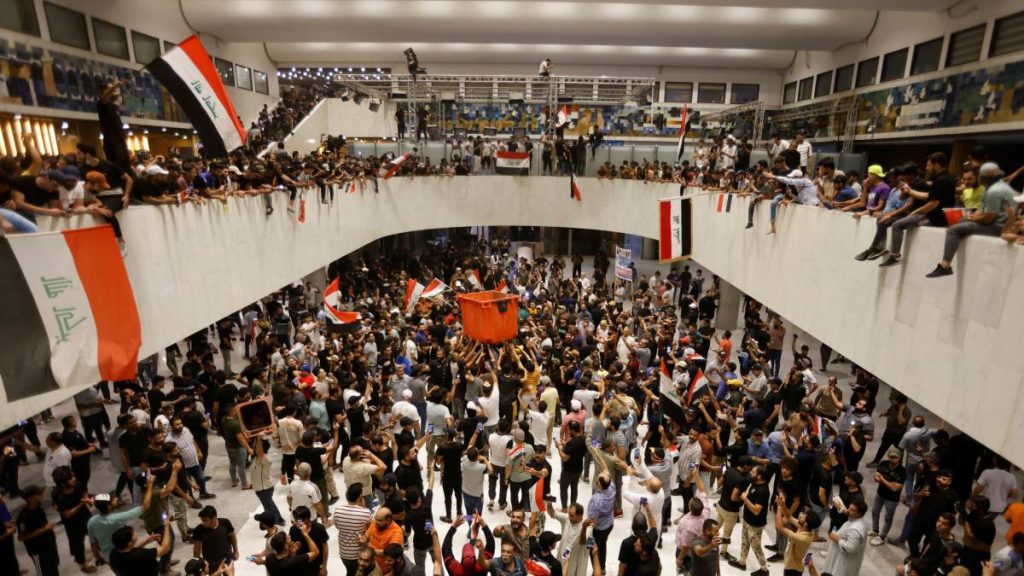 Hundreds of supporters of Moqtada al-Sadr, one of Iraq’s leading Shia clerics, stormed Baghdad’s parliament. They do not agree with a Prime Minister appointed by other Shia parties.

No parliamentarian was present at the time of the attack. The security forces therefore did not intervene immediately. Anti-Iranian slogans were shouted during the storm. Despite his Shia background, al-Sadr is unhappy with American and Iranian interference in Iraq.

The Iraqi parliament has been unable to agree on a new government, a new president and a prime minister for nearly 300 days. Elections were held in October last year, with al-Sadr’s party becoming the largest. He won 74 of 329 seats. When he failed to form a coalition with Sunni and Kurdish parties, he withdrew last month parliamentarians are back of parliament.

These seats are now held by rival Shiite parties, backed by Iran. Despite the withdrawal of his parliamentarians, al-Sadr said he would not oppose the formation of a government he does not want.

Iran-backed Shiite parties initially proposed Nouri al-Maliki for the post of prime minister, much to al-Sadr’s dismay. Al-Maliki had previously served as prime minister for eight years. In a tweet, al-Sadr accused him of corruption. Next, Mohammed Shiya al-Sudani was introduced, but al-Sadr sees him as an extension of al-Maliki.

Foreign observers are worried about the situation in Iraq, bogged down in a permanent political crisis. In May, Dutch UN envoy Hennis-Plasschaert warned that violent protests could erupt in the streets, as happened in 2019.