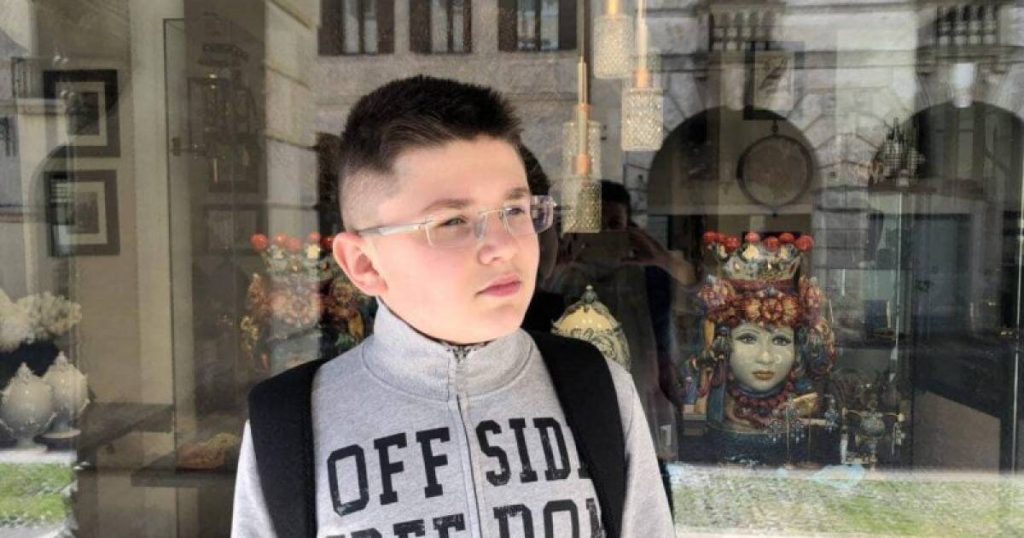 When the Russians invaded Melitopol, Vladyslav (16) wanted to stay with his sick grandfather. But when he died and fled anyway, the Ukrainian teenager was arrested by the Russians.

The boy has been imprisoned for weeks because his father is a politician. Oleh Buryak was appointed head of Zaporizhzhya district administration by President Zelensky. The father is now at his wit’s end. “If they wanted the money, I would have collected it already.”

It was the American ambassador to the Organization for Security and Cooperation in Europe (OSCE) who drew attention Thursday to the fate of Vladyslav Buryak. In a speech to the OSCE Council in Vienna, he called for the boy’s immediate release. “We must remind Russia of its obligations under international humanitarian law,” Ambassador Michael Carpenter said.

Vladyslav Buryak lived in Melitopol, a city in southern Ukraine conquered by Russia as early as March. Along with his mother and younger sister, he took care of his grandfather, who was suffering from terminal cancer. “They decided to stay with him as long as he lives,” Father Oleh said. He is separated from his wife and lives in Zaporizhzhya, where he was appointed to a high administrative post by President Zelensky

Stopped at the last checkpoint

When the grandfather died on April 8, Vladyslav’s sister had already been evacuated. “I immediately started organizing my son’s departure,” Father Oleh told the “Svoboda” news site. “Friends agreed to take him to Zaporizhzhya by car. But at the last Russian checkpoint, they were stopped, discovered his identity, and Vlad was imprisoned.

The father and mother were allowed to call their son several times. “He is locked up like a criminal. He had been locked up for two weeks when he was first allowed to bathe and he only receives dry food. They gave him books to keep him busy, but going out to exercise is hardly allowed,” complained Father Oleh.

The father is sure that his son is being held hostage because he himself is a politician. “They made demands,” he said. He remains vague on what exactly is required to free his son. “But I couldn’t get into it. If they wanted the money, I would have got it by now. But the negotiations are at an impasse and I can’t find anyone who would accept them in exchange for my son.”

The father himself was born in Tomsk, a city located in the heart of Russia. He lived there until he was twelve years old and still has a lot of family there. He would not say if those relatives support him now. But he notes that many Russians barely realize what is happening in Ukraine. “Thirty percent of all Ukrainians have relatives in Russia. But what the Russian authorities are doing now can never be forgiven. »