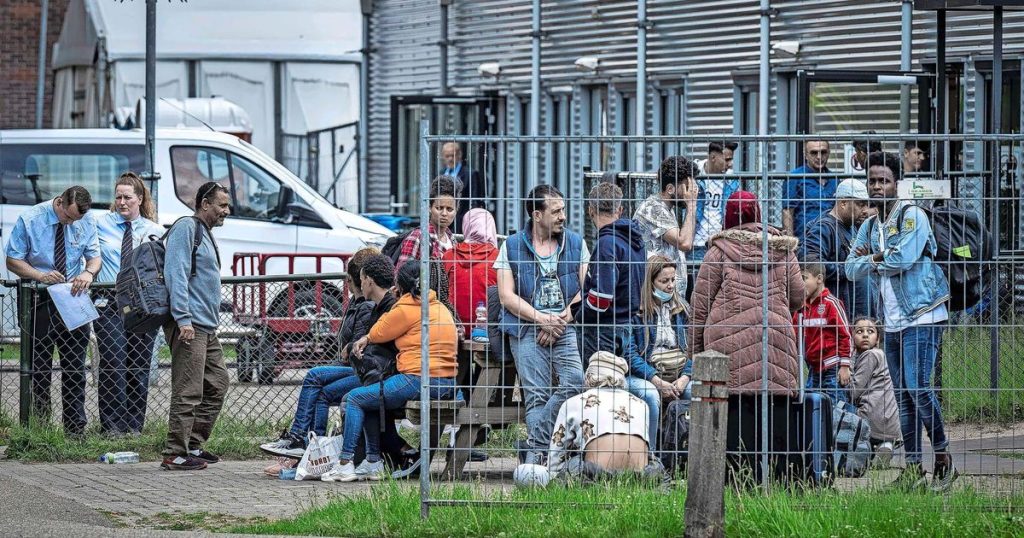 The party makes the proposal in agreement with Denmark and the United Kingdom, which want to move the asylum procedure with Rwanda. But where the Netherlands would encounter other legislation in that country, reception of Caribbean safelanders may be returned under Dutch law, according to party leader Joos Eerdmans.

Construction workers work in Rwanda on a shelter for asylum seekers from Britain.

“We expect this policy change in our asylum policy to have a huge inhibiting effect on the arrival of safe refugees in the Netherlands.” For him, this is a first step towards a full transfer of asylum procedures to partner countries.

In the coalition agreement, the government intends to seek “migration partnerships with third countries” “to manage migration flows and achieve returns”. However, nothing came of these intentions, which were also toyed with by the previous cabinet. Eerdmans wants to increase the pressure with his proposal.

European law professor Gareth Davies and assistant professor of immigration law Martijn Stronks of the Free University may find the proposal “legally interesting”, but they don’t care much about its feasibility. Eerdmans acknowledges that Curaçao, which he says is the most obvious in this plan due to its size, has not yet been asked to cooperate.

Besides JA21 and the PVV, the ruling party, the VVD, is also for agreements like Denmark and the United Kingdom which (want) to conclude with Rwanda. “The VVD is in favor of migration agreements with countries outside the EU,” said VVD MP Ruben Brekelmans recently.

“The UK is showing that migration deals with countries outside Europe are still possible. The EU must also do more about this.