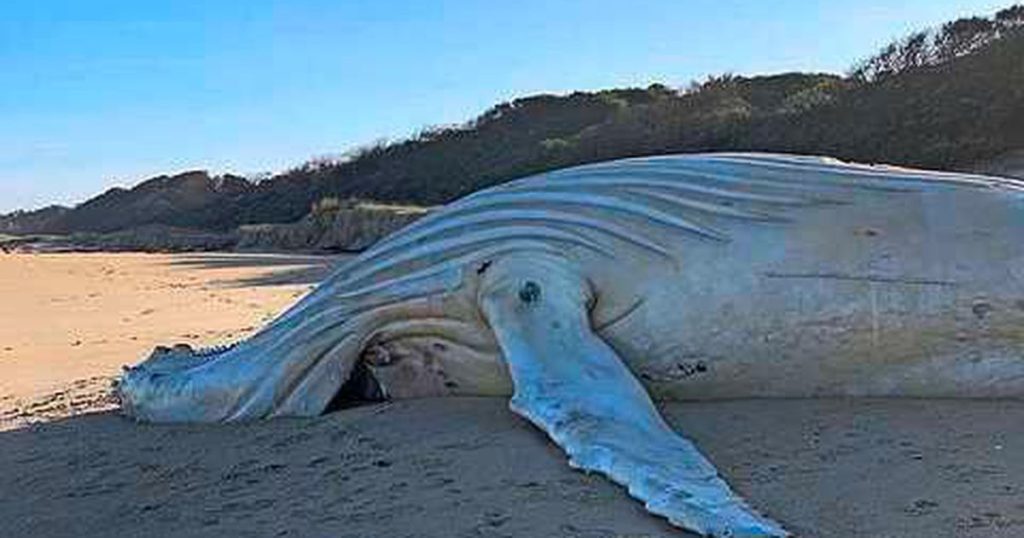 In short: no. The stranded specimen turns out to be a younger female and is not Migaloo, which was tracked for years via a tracker, but literally disappeared from the radar two years ago.

Experts determined this based on photos of the carcass. The animal was found Saturday on a secluded beach. Authorities have no plans to remove the carcass yet, but want it to decompose naturally. According to the scientists, it is also not certain that the dead animal is a – very rare – albino. It is also possible that this animal was initially darker and contracted a disease, after which the remains became lighter under the influence of the elements.

Migaloo puts on a show. He was last seen two years ago.

The famous albino humpback whale Migaloo, a male about 15 meters long, is an exception among the thousands of humpback whales that swim off Australia. It is known to be the only all-white humpback whale. Migaloo, “the white friend”, was first spotted in 1991. The last sighting was two years ago. The beast is world famous in Australia. An inflatable model of Migaloo shone in 2018 at the opening of the Commonwealth Games on the Gold Coast.