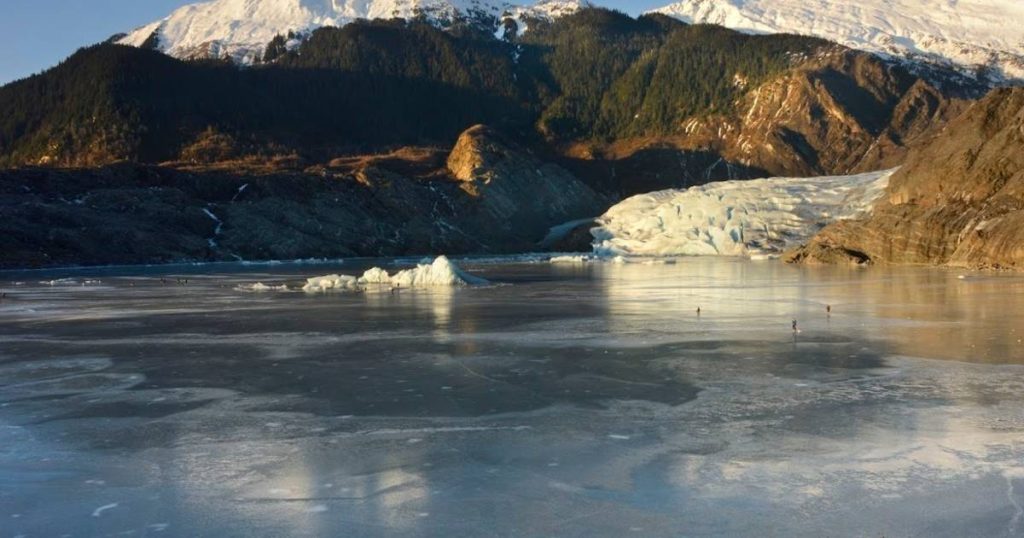 Temperatures of 19.4 degrees Celsius were measured on Kodiak Island in the US state of Alaska. A climatologist finds the situation “absurd”. He is afraid of extreme weather conditions because of the humid air.

The weather is almost summer in the US state of Alaska. Temperatures normally stay below freezing throughout the month, but now it has warmed up considerably. This has serious consequences for the weather in the state: where it is normally dry, it rains and snows in torrents.

Temperatures in Alaska are the highest on record in December. Rick Thoman of the Alaska Center for Climate Assessment and Policy thinks it is “absurd,” he told the British newspaper The Guardian. And it’s not just at Kodiak that the temperatures were so high. The village of Unalaska measured at least eight days in December with temperatures above 10 degrees Celsius. Christmas was also hot: with 13.3 degrees, Alaskans had their hottest Christmas in history.

Thoman is concerned that the high temperatures could have a major impact on Alaskans as they alter the precipitation regime. The warm air and high humidity in the city of Fairbanks caused the worst winter storm since 1937. Normally, the air is very dry in Alaska due to the coolness of December, and when the precipitation falls, it is milder. and powdery because the air is fine. cold, ”Thoman said.

Now the wetter air has brought so much snow to Fairbanks in a short time that a supermarket roof has collapsed. After the snow came rain, covering entire areas with ice. This not only caused chaos and road closures, but also blocked power supplies. the Icemageddon it is also called by the residents.

The cold is now returning to Fairbanks, with a forecast of -28 degrees Celsius. Still, Thoman believes we’ll continue to see warmer days in Alaskan winters in the years to come: ,, This is what we expect from a warming world. The earth is getting hotter and more humid, so such weather becomes more and more normal. “

A record heat of 19.4 degrees Celsius was measured on Kodiak Island.