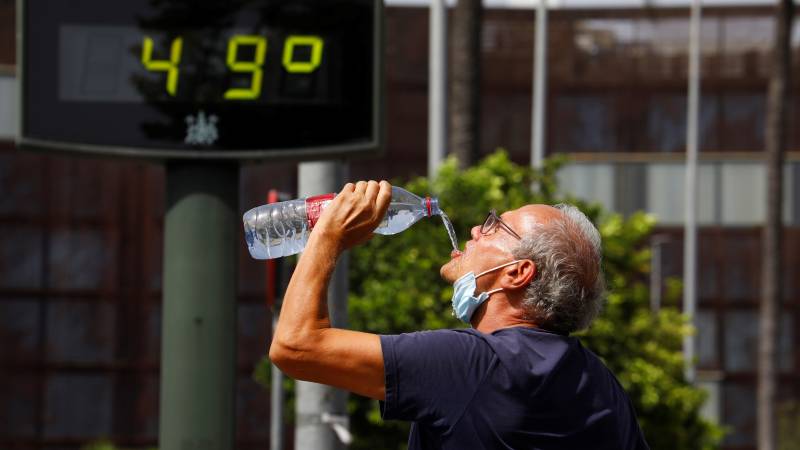 After the extremely high temperatures of recent times in Turkey, Greece and Italy, Spain is now also suffering from the heat. In the southwest it was well above 40 degrees today; in Cordoba, the mercury even rose to 46 degrees.

Heat records are also broken in the southern Mediterranean countries. This extreme heat is likely to become more common in the Mediterranean, according to the UN climate panel report. IPCC this week.

The IPCC examined regional differences for the first time. The land is not warming everywhere to the same extent: around the Mediterranean Sea this is happening faster than average. If greenhouse gas emissions are not reduced quickly, temperatures above 50 degrees will be no exception at the end of this century, according to the report.

“The Sahara spans the Mediterranean Sea, so to speak. The countries there are getting hotter and drier,” said Rein Haarsma of KNMI. He is the main author of the chapter of the IPCC report which covers the Mediterranean region in detail.

There are three main reasons why this region is probably heating up at a rapid rate, Haarsma says. Temperatures can rise faster in dry areas. “It works just like the human body, which can lose heat when sweating. If there is already little water or humidity in an area, the temperature rises sharply, as this is the only way the soil can release heat. This creates a so-called feedback process of even more dehydration and additional heating.