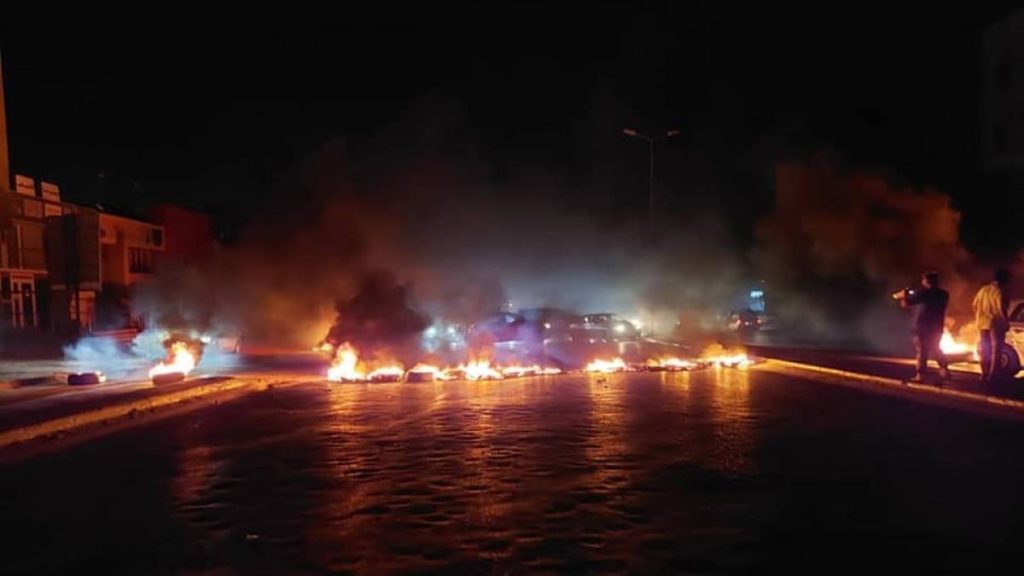 Protesters broke into the Libyan parliament building in the eastern city of Tobruk. A fire broke out in and around the building.

The North African country is politically split in two. Protesters are furious at the political deadlock, corruption and poor living conditions. People also took to the streets in the capital Tripoli.

An eyewitness told the AP news agency that thousands of protesters marched towards parliament. They demanded the resignation of politicians and new elections. Libyan media report vandalism in the building. Documents were allegedly set on fire.

Vehicles and tires were on fire outside the building. Thick clouds of smoke can be seen in the area. According to the eyewitness, security forces tried to prevent people from entering the building. A protester was reportedly shot in the leg, after which other protesters forced their way inside.

As Friday is the first day of the weekend in Libya, few people are expected to be present in the building. Nothing is known of the victims at this time.

Acting Prime Minister Dbeibah says he supports the protesters. He demands the resignation of all political institutions, including his own government, and the holding of new elections.

People also took to the streets in other parts of Libya to protest, including in the capital Tripoli and Benghazi. The country has been in chaos since a NATO-backed uprising in 2011. During that uprising, dictator Gaddafi was overthrown and later killed.

Since then, the country has split politically into two rival factions. One is in eastern Tobruk and the other in the capital. Both claim political power and receive support from abroad. A peace process started two years ago, but so far it has yielded nothing.