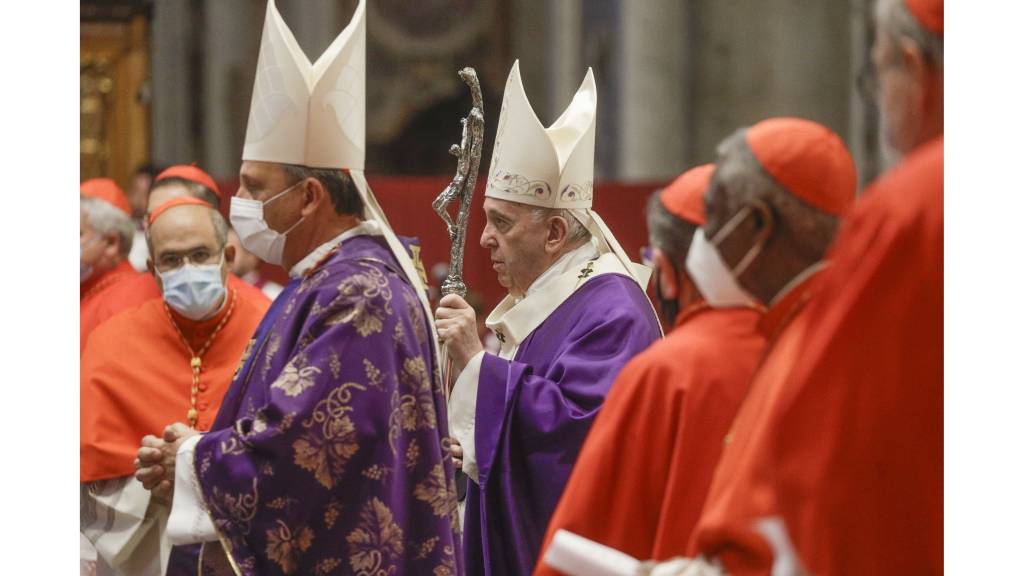 Can a pope decide who will be his successor? Answer: no. He can, however, do whatever is necessary with regard to the composition of the college of cardinals who will eventually elect the new pope. By appointing cardinal men (“to create” in ecclesiastical jargon) who, in his eyes, are doing their job well. Cardinals who largely share his vision of the future of the Church.

This appointment must be made with some regularity, because according to the rules there must be about 120 electoral cardinals in a conclave. Cardinals lose their right to vote at age 80 and are usually not the youngest when they get their cardinal’s hat. Sometimes we die before reaching that age. This is why, with the exception of 2021, every year since taking office in 2013, Francis has maintained the number of electoral cardinals with new appointments.

With and without voting rights

Today, twenty new cardinals in Saint-Pierre will receive their red cardinal’s hat from the hands of the Pope. This event is called a consistory, a meeting of cardinals. Sixteen of them are under 80 and will therefore be able to vote at the next conclave. The other four are older and receive the title of cardinal as a reward for services rendered. If there is a conclave, they can take part in the general assemblies beforehand, but they no longer vote.

In fact, there were five, but Belgium’s Bishop Emeritus Luc van Looy stepped down after protesting he hadn’t acted strong enough against a priest accused of abuse.

From all over the world

As in previous consistories, Francis chose prominent candidates. Not bishops or archbishops of cities where traditionally cardinals always came from, such as Milan, Venice or Paris, but for example the archbishop of Marseilles and the bishop of Como. In the United States, the bishop of tiny San Diego can rejoice in the coveted cardinal’s hat, while his colleagues in San Francisco and Los Angeles are once again outspoken.

In his choices, Francis also looks much more to regions distant from Rome and from the West. For example, Mongolia now has a cardinal in the person of the very young 48-year-old bishop Giorgio Marengo. In the past, places like Brunei, Rabat, Haiti, Tonga and Papua New Guinea have received a cardinal.

With this consistory East Timor is now also included. While the number of Europeans and North Americans is still significant, the influence of other continents continues to grow: Latin America, Africa and especially Asia. These last two are also the areas where the Catholic Church is growing.

For Francis, two aspects seem to weigh the most in the choice of his cardinals: their presence in places where Catholics are largely outnumbered and, above all, their social commitment. Helping migrants, caring for the weak, protecting the environment are important qualities of new cardinals. Like the Indian Archbishop Anthony Poola who belongs to the Dalits, the lowest class of this country. Or the Brazilian bishop Steiner, fierce opponent of President Bolsonaro.

With this new consistory, the college of electoral cardinals has no less than 132 cardinals. Actually 12 too many, but that number will adjust over time. To crown it all, since today two thirds of the electoral cardinals come from Francis. The others became cardinals under John Paul II and Benedict XVI.

In a conclave, a pope must be elected by a two-thirds majority. Has Francis appointed his successor? Again no, because group processes are difficult to predict and the race for the Pope’s candidacy has only just begun.

Francis has said firmly that he is not thinking of quitting at this time. But over the next few days, all the cardinals will gather in Rome to discuss the newly implemented reform of the Curia, the Church’s governing body. They will seize this opportunity with both hands to get to know each other better. Under the approving eye of their pope who does not know who will come after him, but doubtless hopes that he has at least ensured his inheritance.