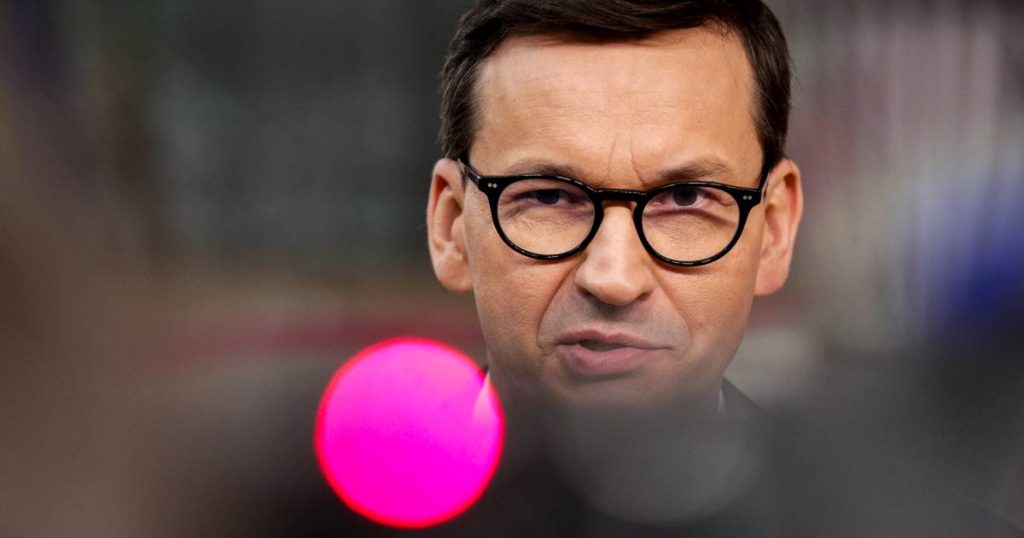 eurotopEurope must continue to talk about finding a solution to the Polish question. Pushing contradictions to their limits is not a good approach, and a “cascade” of trials before the European Court is not a solution either. German Chancellor Angela Merkel said this when she arrived at the EU summit in Brussels this afternoon. But Poland does not intend to back down, Prime Minister Morawiecki said.

Behind the scenes, Merkel has done everything possible to prevent the escalation. Under his pressure, Council President Michel will keep the discussion on Poland as brief as possible later this afternoon. Poland has been at daggers drawn with the rest of Europe for years, but the bear has really been unleashed since the Polish Constitutional Court, acclaimed behind the scenes by the government, subordinated European law to Polish law.

According to Merkel, the European Commission has taken the right approach so far. She is still studying what exactly the Polish position entails. At the same time, she is studying options to put Poland back on the right track. In theory, this can be done through court proceedings, removing EU subsidies or removing voting rights in Brussels.

It is not yet clear how many leaders are interfering in the Poland debate this afternoon. The Benelux intends to do so. ,, My question to the Polish colleague is: how do you manage this? If you want to be a member of the club, you also have to abide by its rules, “Belgian Prime Minister De Croo said. Rutte has also already announced that he will certainly take part in the discussion.

The text continues below the photo …

Polish Prime Minister Mateusz Morawiecki does not seem to give in to the quarrel with other countries and European institutions for the moment over the rule of law in his country. He maintains his view that European law does not always prevail over national law. When he arrived in Brussels for the summit of 27 EU leaders, he argued at length that Poland does not accept that the European Commission or the European Court of Justice always have the last word in the EU.

In the room, Poland can count on the full support of Hungary, Prime Minister Orban made it clear on his arrival: “Poland is the best country in Europe, there is no reason to take punitive measures “.