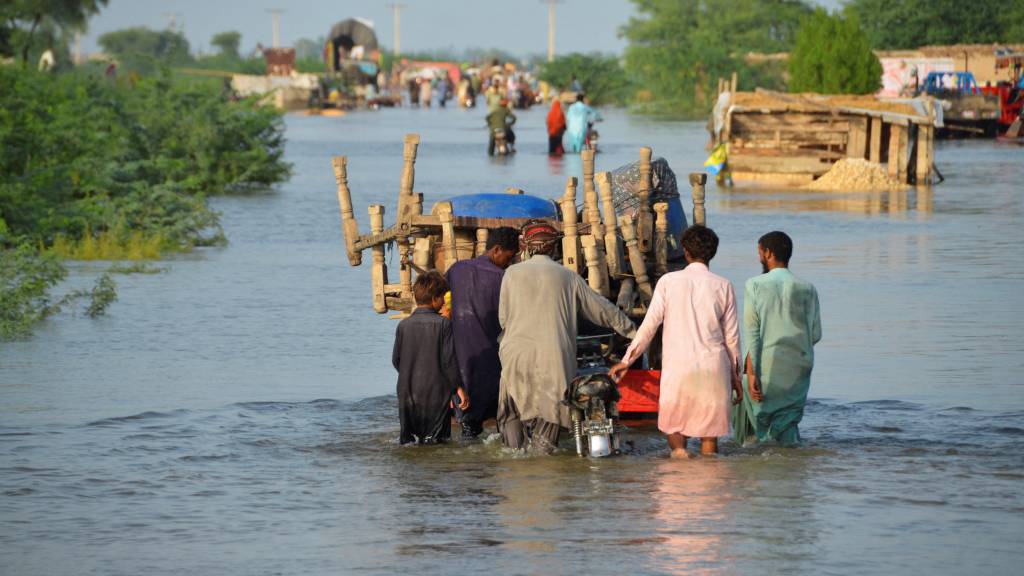 Pakistan has requested assistance from the international community in the face of heavy rains that have ravaged the country since June. Over a thousand people were killed as a result. The country’s climate change minister said it was a “serious climate disaster”.

The floods caused by the heavy rains washed away entire villages and crops. 180,000 people have been evacuated from the Charsadda region in northwest Pakistan and another 150,000 from the neighboring region of Nowshehra.

The evacuees are housed in camps set up by the government. In total, according to the authorities, 33 million people were affected by the floods, or about 15% of the population.

“We are currently on the front lines of extreme weather events,” the climate change minister said in a video on Twitter. “It’s an ongoing process of heat waves, wildfires, flash floods, melting glaciers and now the monstrous monsoon.”

The floods are photographed from space:

According to Foreign Minister Bhutto-Zardari, the devastation is unprecedented and the natural disaster will also have economic consequences. Nearly 300,000 houses have been destroyed by the rains. Many roads are impassable and electricity is cut in many places.

“I have never seen devastation on this scale before,” he told Reuters news agency. “It’s hard to find words for it. It’s overwhelming.” According to the minister, a large part of the crops in Pakistan have been destroyed by the rains.

“Of course, this also has economic consequences,” he says. Bhutto-Zardari said Pakistan would appeal to UN member states for support this week.

The damage could run into the billions. The Pakistani cabinet also hopes that international organizations such as the International Monetary Fund (IMF) will take natural disasters into account. This week, the IMF will decide on a $1.2 billion aid package for Pakistan, as part of the economic support package agreed in 2019.

“Although Pakistan makes a negligible contribution to the total carbon footprint, we are repeatedly devastated by climate disasters like this,” Bhutto-Zardari said. “We must adapt to the extent of our limited means, as we can, to live in these new circumstances.”

The damage is clearly visible from the air: