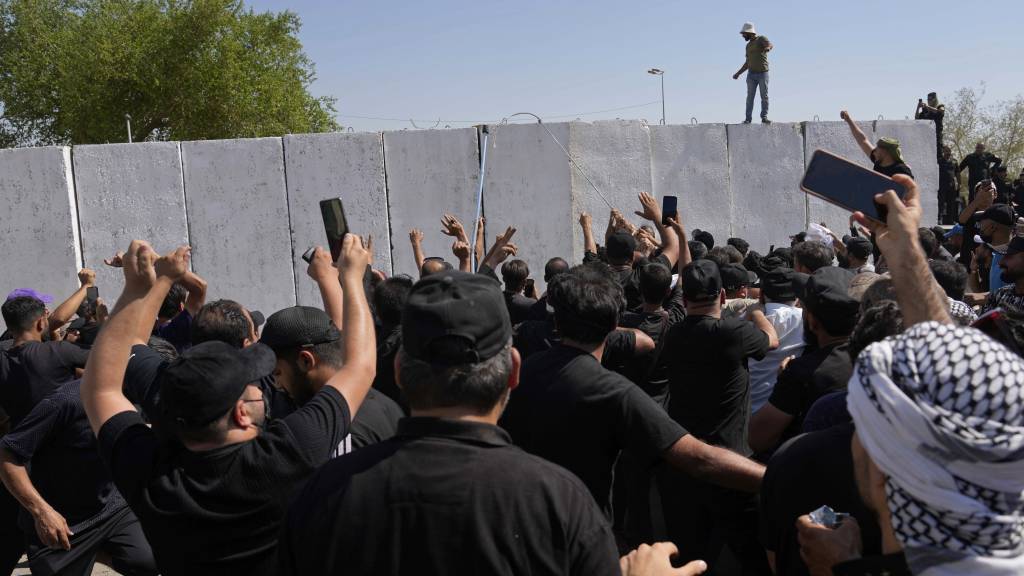 Influential Iraqi cleric Muqtada al-Sadr announced on Twitter that he was retiring from politics. His intention is further fueling unrest in Iraq. Hundreds of supporters of the Shiite cleric attempted to break into the government palace in Baghdad this afternoon.

Protesters attempted, among other things, to pull down concrete barriers with ropes. The Iraqi army calls on demonstrators to leave the high security zone around the government palace as soon as possible, “to avoid escalations or Iraqi bloodshed”. A curfew was also announced, starting at 3:30 p.m. local time.

This is the first time al-Sadr supporters have attempted to enter the government palace, which has housed an interim government for months. They have stormed parliament twice in recent weeks to prevent the appointment of a new president and prime minister.

Iraq has been plunged into a deep political crisis since the October elections last year. Al-Sadr’s party then became the largest, but there is still no new government.

al-Sadr, 48, one of Iraq’s leading clerics, failed to form a majority coalition with Sunni and Kurdish parties. He then called on the 73 deputies of his party to resign.

Their seats have since been taken by rival Shia lawmakers, who, unlike al-Sadr, are backed by neighboring Iran. Due to the political stalemate, no new president and prime minister have yet been appointed.

This is not the first time that al-Sadr has announced his departure from politics. But with the political situation in Iraq now highly volatile, there are widespread fears that today’s announcement could lead to further escalation.

Al-Sadr has millions of followers. In the past, he played an important role in the Shiite resistance to the occupation of Iraq by the United States and other Western powers. He also led his own militia, the Mahdi Army, during the US presence in Iraq from 2003.