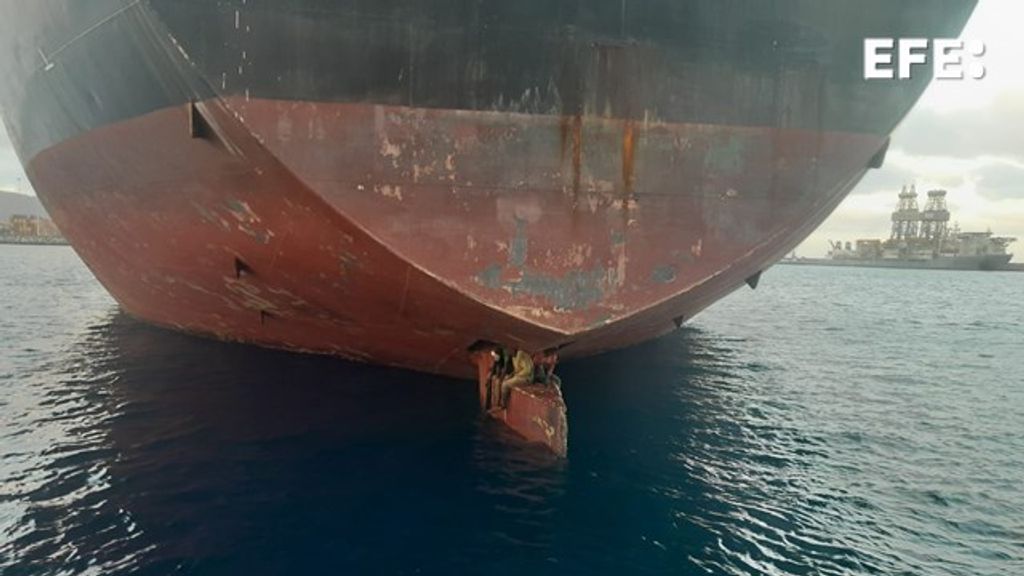 The Spanish Coast Guard rescued three migrants from the Canary Islands who were hiding at the helm of an oil tanker. They had spent 11 days at the helm and were suffering from moderate dehydration. The three were taken to hospital.

The ship, the Alithini II, left Lagos, Nigeria on November 17. Upon arriving at the port of Las Palmas in Gran Canaria yesterday afternoon, the three men were spotted sitting at the helm with their feet less than a meter from the water. The alarmed coast guard brought them to safety. They received first aid at the port before being taken to hospitals on the island.

It is not the first time that people at the helm of a ship have attempted to sail to Europe. In October 2020, four stowaways were found after ten days at the helm of an oil tanker, and a month later the Spanish coast guard discovered three more in the same situation. Both ships had departed from Lagos.

The number of migrants crossing to the Canary Islands has increased in recent years. This is probably due to the reinforced controls on the Mediterranean since 2019.