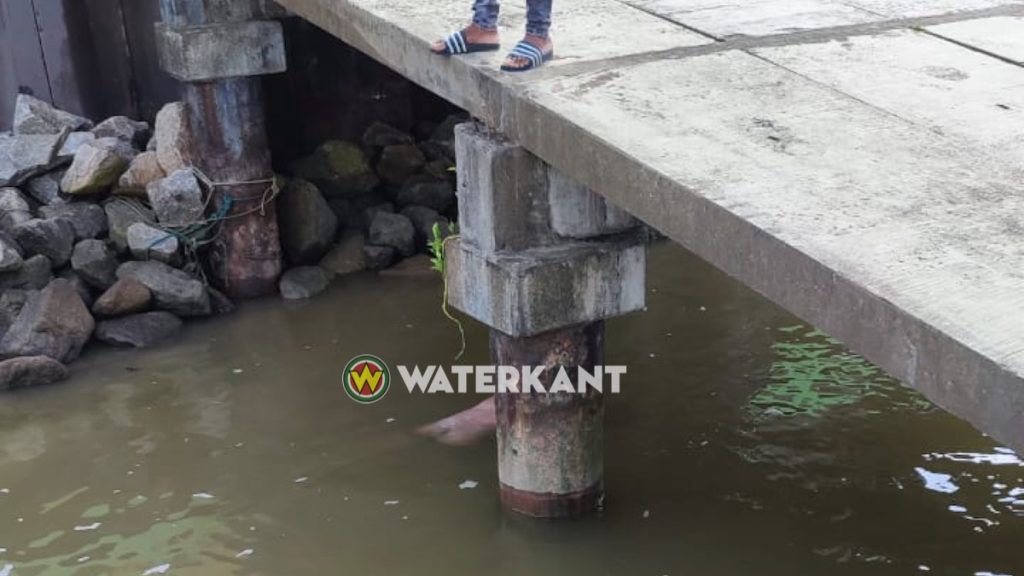 The corpse this Monday morning at a mooring jetty on Commissioner Thurkowweg in the Suriname River was discovered and fished, turns out to belong to the homeless man who fell into the water. This is Charles Owen Fung, 73 years old.

He had gone swimming at the Marinetrap on Sunday November 27, for reasons still unknown fell in the river. The man disappeared into the depths. Around 9:30 a.m. Monday morning, New Amsterdam police received a report of a body that had washed up on the pier.

New Amsterdam police, who were called, attended the scene for an investigation after the report. The body sank on another pier. Officers requested the assistance of a fisherman who was setting up fishing nets on site. He brought the police to the scene.

The corpse was tied up and dragged to the pier, where firefighters took over.

The remains show a gaping hood injured in the head, showing the skull. In the interests of the investigation, the police seized the body on behalf of the Suriname Public Prosecutor’s Office.