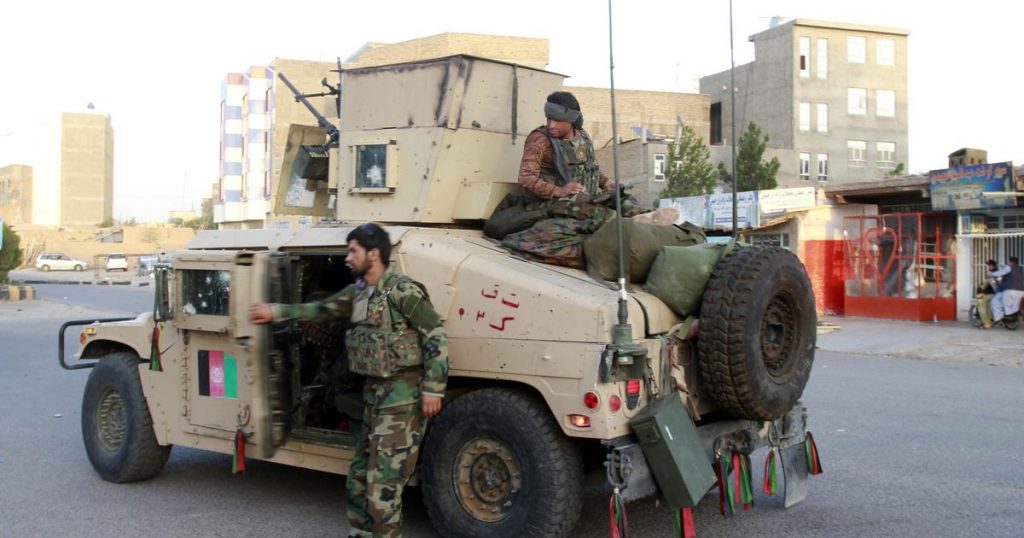 Security is enhanced. At the same time, France once again urges its Afghan citizens to leave the country as soon as possible.

The United States has already announced that it will evacuate a significant number of employees from its embassy in Kabul. The British have announced similar measures. The London government will hold emergency talks on Friday. NATO ambassadors are also holding consultations.

With the withdrawal of international troops, the Taliban are able to retake the country. Eighteen of the 34 provincial capitals are now under fundamentalist control. The Taliban are said to have approached Kabul within 50 kilometers.

The American diplomatic presence in Kabul is reduced to a “barefoot occupation”. The Americans send an additional 3,000 soldiers to manage the departure of embassy employees. There are currently 650 US troops in Afghanistan to protect the embassy, ​​among other things. The British are also temporarily sending military reinforcements. These countries are also taking steps to remove Afghan interpreters and other (former) employees from the country.

The Netherlands is preparing in case embassy staff and military personnel need to be recalled.