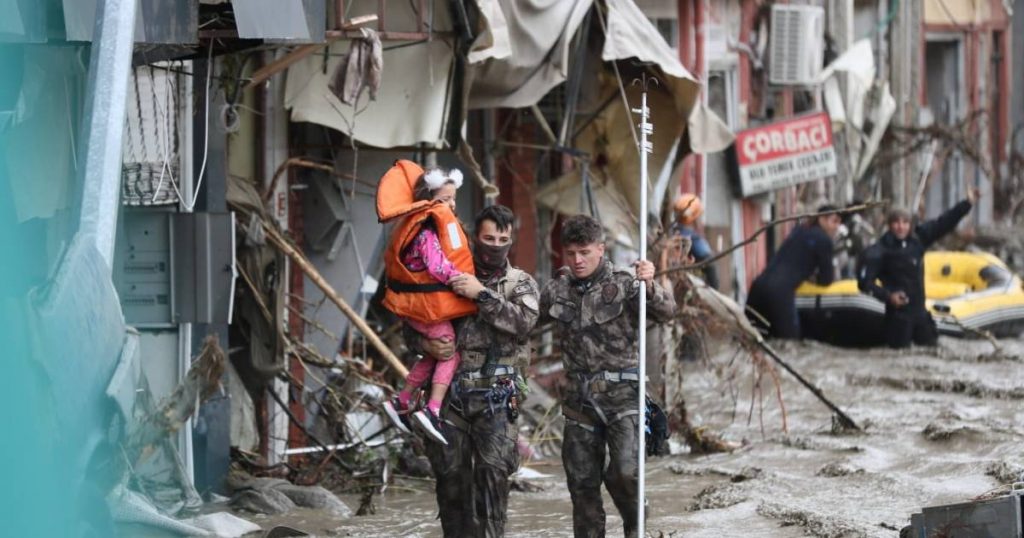 Video27 people were killed in the “worst flood disaster” in northern Turkey. Last night, the emergency services recovered ten bodies. More than 1,700 people were evacuated, hundreds had to be rescued by helicopter. As areas bordering the Black Sea are ravaged by flooding, firefighters are still fighting forest fires in the south.

The provinces of Bartin, Kastamonu, Sinop and Samsun on the Black Sea coast have struggled with severe flooding since Wednesday. Houses and bridges were washed away by the tremendous force of the water and mudslides. Thirteen people were killed in Bartin when part of a bridge collapsed. Elsewhere, people are still missing. Hundreds of villages are without electricity and several roads have become impassable.

The Black Sea coast has more frequent flooding. Six people were killed in Rize last month. Home Secretary Suleyman Soylu said last night it was the “worst flood disaster” he had ever seen. Turkish President Erdogan is visiting Kastamonu province today, which has been hit by heavy rains and flooding.

The disaster unfolds as the southwest continues to grapple with forest fires. In the tourist province of Mugla, by the Aegean Sea, a forest fire seems to be under control since yesterday. It is one of two hundred fires that have ravaged Turkey since July 28. At least eight people were killed and thousands had to flee. Several Dutch tourists were also evacuated.