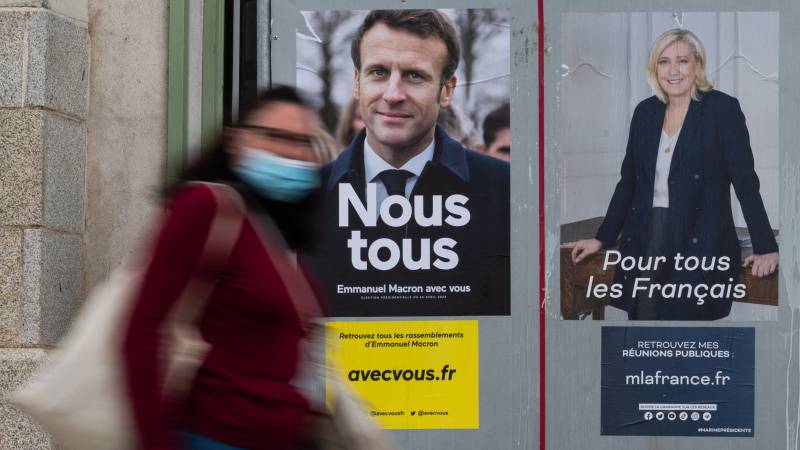 In the polls Macron takes the lead, but his lead is not very large. This is why the campaign is sometimes difficult. Macron tries to discredit Le Pen and present him as dangerous and extremist: this is how he wants to stand up against her.

Le Pen is trying to turn the election into a “referendum” on Macron: she hopes to mobilize all the discontent towards her in recent years.

Both candidates are looking for voters who voted for one of the other candidates in the first round. The radical left Jean-Luc Mélenchon then finished third, just behind Le Pen with 22% of the vote.

Le Pen now says Mélenchon voters can turn to her because she stands up for low-income people. Macron has promised to take over some of Mélenchon’s climate measures.

And there is another group Macron and Le Pen are staring at: the non-voters. Only 74% of French voters voted in the first round, the lowest turnout in 20 years. Those who stay at home therefore represent more than a quarter of the electorate. Among young French people, only a little more than half vote.

In tonight’s televised debate, both presidential candidates will almost certainly be eyeing those non-voters, with new plans and promises. It will not be an easy task.

66% of voters do not trust the government. About 59 percent have no confidence in parliament. About 57% of French people think that democracy works badly. When we ask people what keyword they associate with politics, they say especially “distrust” and “disgust”.

The group of non-voters is so large that they have become electorally significant. If some decide to vote for Macron or Le Pen after the televised debate, it could have a significant impact on the outcome. But if they stay at home, that also has consequences. With a low turnout, a small group of voters can already influence the outcome – especially in a head-to-head race.

For now, there is a large group that does not support either of the two presidential candidates. Many voters find Le Pen too extreme, and many voters are also unhappy with Macron’s five years as president. Student activists used the slogan “neither Macron nor Le Pen” last week: they want to go none of them vote†

Tonight, Macron and Le Pen have more than two hours to convince voters.