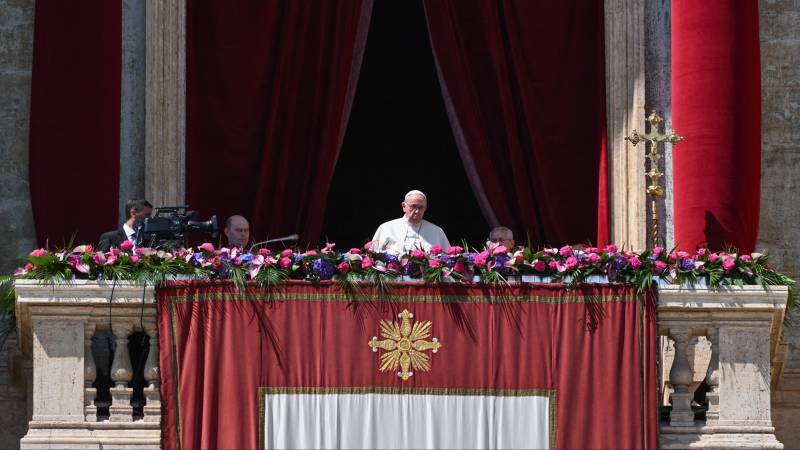 He had the day of his life, flower arranger Piet van der Burg from Berkel en Rodenrijs. At Easter this year, he offered the sea of ​​flowers in St. Peter’s Square in Rome and met the Pope.

The meeting between floral artist and Pope Francis didn’t last long. “Then we were allowed to queue and the pope came in. When it was my turn, I first wished him a happy Easter and then said in Italian: thank you, the flowers are for you. Then he took both my hands and thanked me,” he said proudly to West Broadcasting†

For the Catholic Van der Burg, the meeting was quite moving. “You feel the warmth and the gratitude. (…) If you can decorate St. Peter’s Square with flowers and also meet the Pope, that’s really the pinnacle. In our team there were also people who are not religious and who were also very impressed.”

It was the first time that he and his team were allowed to decorate the square in front of the basilica as chief arranger. “A once-in-a-lifetime opportunity,” he says. “Not many people are allowed to do it. And they asked me to keep doing it for as long as I can and want to.”

At the beginning of this year, it seemed that no Dutch flowers would go to the Vatican at Easter, because the sponsors were abandoned†