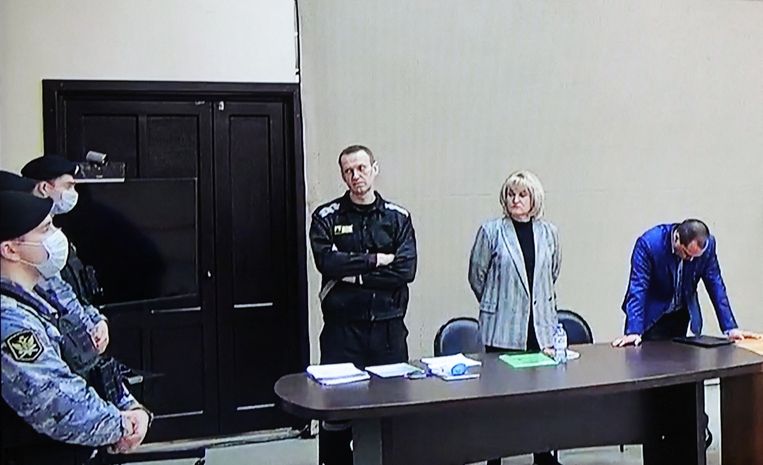 According to the court, Navalny stole more than 4 million euros from his own anti-corruption organization FBK, now banned by the authorities. The charges were based on controversial statements by four people who allegedly donated money to FBK. Navalny was also found in “contempt of court” in an earlier trial for allegedly insulting a veteran. The public prosecutor had requested 13 years for the two cumulative crimes, the judge maintained it at 9 years.

Navalny also sees this condemnation as a reward for his open criticism of the Kremlin. After the final hearing last week, he was quoted on Instagram as saying: “Even if you demand 113 years against me, you don’t scare me or others like me.” He also reacted tersely on Tuesday to the years of imprisonment. He quoted the American television series Thread: ‘You only sit for two days. The day you enter and the day you leave. In his closing remarks, he announced that he would also continue his fight against corruption and censorship in captivity. “Words have power and Putin is afraid of the truth,” Navalny said.

9 years. Well, as the characters from my favorite TV series “The Wire” used to say: “You only do two days. It’s the day you come in and the day you go out”
I even had a T-shirt with this slogan, but the prison authorities confiscated it, considering the extremist print.

“Navalny must fear for his life”

In the extra-secure prison camp, Navalny will be isolated from the outside world, and according to his spokesperson he must fear for his life. The Russian authorities have already tried to kill him. During a visit to the Siberian city of Tomsk in 2020, Navalny was poisoned with novichok, a nerve agent that Russian authorities have used more often to eliminate dissidents. Navalny was then rushed to a German hospital, where he recovered.

Upon his return from Germany, Navalny was immediately arrested. He was sentenced to 2.5 years in prison for not reporting to Russian authorities during his illness. He was required to report regularly on the basis of a previous suspended sentence. According to Navalny, this condemnation was only intended to silence him.

According to many, the current process was also purely political. Amnesty International called it a “sham” and, according to German Chancellor Olaf Scholz, it was “incompatible with the rule of law”.