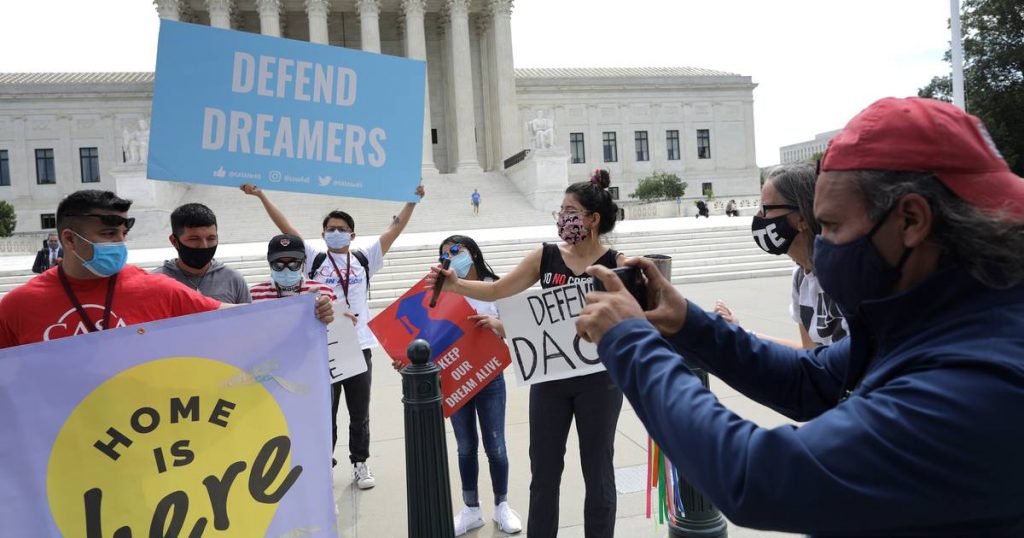 A federal judge in the US state of Texas has quashed new applications for the DACA program. The program protects young adults from deportation if they were smuggled into the country by their parents as children.

Judge Andrew Hanen’s ruling supports the call by several US states to dismantle the DACA program. They believe the program was established illegally under Democratic President Barack Obama’s presidency in 2012.

Nonetheless, the judge said his decision should not be interpreted as a deportation order for already existing participants in the program. This group of 650,000 so-called “dreamers” can still dream of a regularization of their residence status.

Migrants can benefit from a special status through the DACA program. It temporarily protects them from deportation and gives them the right to work, but not the possibility of acquiring US citizenship.

Hanen’s declaration is another step in a battle for the fate of the Dreamers. Former President Donald Trump halted the program in 2017, but was overturned by the Supreme Court in November 2020. At the time, he ruled that the Trump administration’s decision was “arbitrary and unpredictable.”

Immediately after taking office, current President Joe Biden ordered the program to be stepped up. The Democrat was Obama’s vice president when the DACA program was created. He favors a permanent solution for dreamers: both the current group of young adults and future “illegal” migrant children should be able to become US citizens, Biden said. A bill that would allow these migrants to become Americans within three years was defeated in Congress earlier this year.