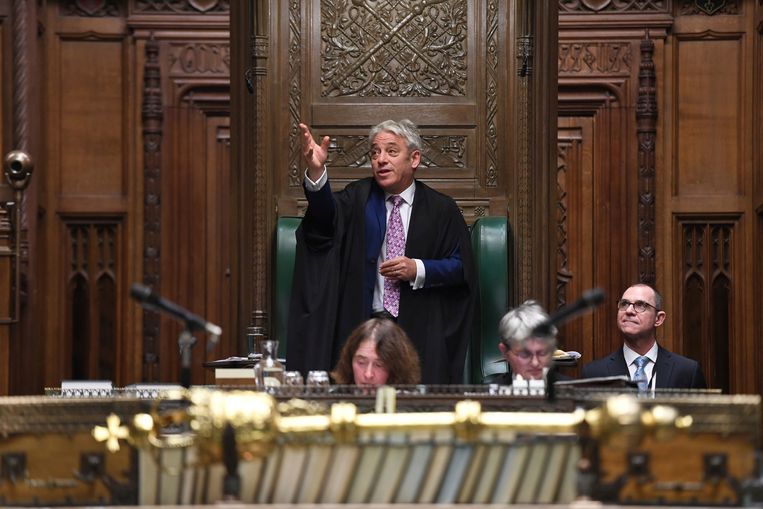 Bercow, 58, was a 41-year-old Tory and even belonged to a very right-wing group within the Tory Party. Now Bercow says he signed up as a Labor member, following his wife’s lead. “I get my motivation from my support for equality, social justice and internationalism,” Bercow said in Sunday’s edition of The Guardian. “These are the values ​​of Labor.”

Bercow is particularly critical of Prime Minister Boris Johnson, whom he describes as a “worthless leader”, and hopes the government will disappear soon. According to Bercow, despite his promises, Johnson is not at all concerned with leveling up and the Brits with less privilege than him are not interested in him. The best way to get Johnson and his government out is through the Labor Party, Bercow said. “There is no other credible option.”

Bercow was ten years old speaker in the House of Commons until he stepped down as an MP in 2019. Before being named president, Bercow had moved more towards the middle. His presidency has been very controversial. He has been accused of bias in particular during the Brexit debates and according to some former parliamentarians, he was a tyrant behind the scenes.

Bercow was hated within his own party. This became evident when Prime Minister Boris Johnson decided to appoint him a member after he left speaker not to award him the title of Baron Bercow, a promotion accompanied by a seat in the House of Lords. All his predecessors received this honor. Bercow felt overwhelmed. An attempt by Labor leader Jeremy Corbyn to get Bercow into the upper house also failed.

Bercow’s decision makes the Labor Party even more categorically an anti-Brexit party. That could be bad in the northern constituency of Batley and Spen, where a by-election will be held on July 1. Labor is likely to lose that seat to the Tories, further increasing pressure on ailing leader Keir Starmer.