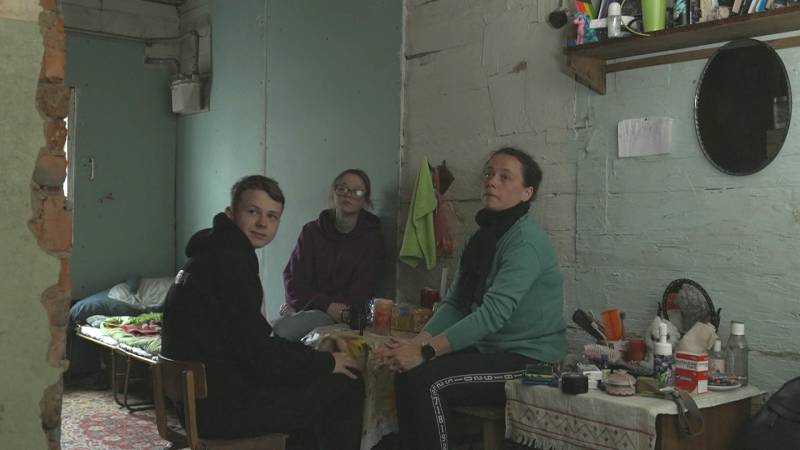 Relatives went around the village to search. It was not without danger, the mines were everywhere. “But we went anyway,” says Anastasia. “People said there were bodies in the basements. But we didn’t see anyone there.” A few days later, the first bodies are found, killed and abandoned by the Russians. “We looked at four deaths, but fortunately none of them were our father.”

Andryi remained without a trace. They hoped he had been taken to Belarus as a prisoner of the Russians.

Shot in the back of the head

But on April 11, that hope ended. “Then Ihor came to me,” says Anastasia. “He said: they found dad. They asked mom to come and identify him. Andryi’s body had been discovered by the village mayor. He took a photo and showed it to Oxana. She recognized him immediately. He was wearing his favorite clothes. “Thank God I didn’t see his body,” Anastasia said. “Mom said his face was unrecognizable. His hands were tied behind his back with wire. He was shot in the back of the neck.”

They still can’t believe their father won’t come back. Anastasia talks about her father. “He was so smart. He could do so well, could do anything with his hands. He knew the answer to anything I asked.” Ihor talks about how safe he felt with his father. “He always supported me. He taught me everything. We made this stove together. He showed me how to make the custom bricks.”

Then mother Oxana always wants to say something, no matter how hard it is for her. “Because as many people as possible need to know that ordinary families, who a month and a half ago were still living normal lives and had plenty of plans for the future, this can happen. My husband was brutally murdered “I want the world to know how horrible Russians are. They’re not soldiers, they’re barbarians. No sane person would do such a thing.”