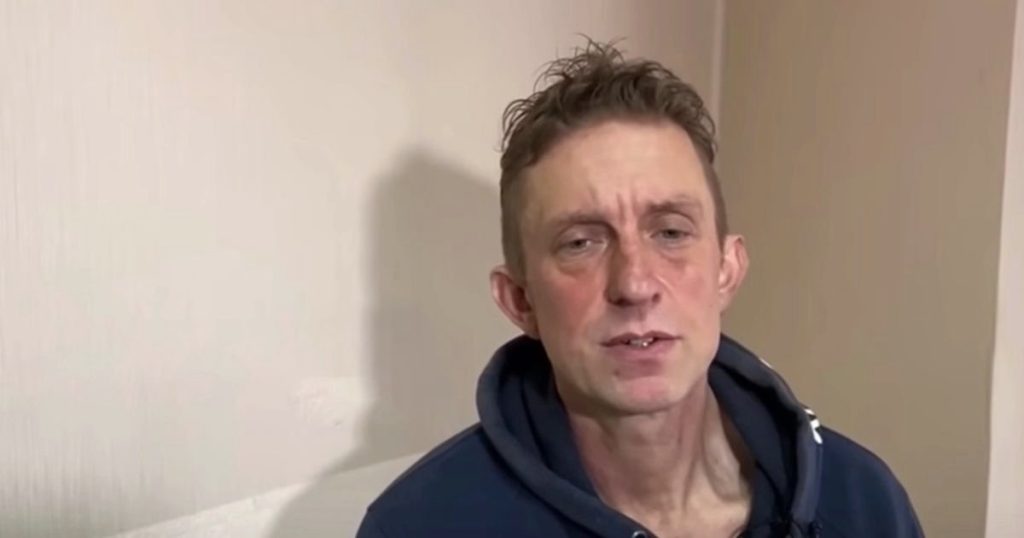 Shaun Pinner, 48, was in the hard-fought city of Marieopol in southern Ukraine. He previously served in the British Army’s Royal Anglian Infantry Regiment, according to the Daily Mail. Now he fought for kyiv, because his wife is Ukrainian.

The man’s family are concerned after a video of Pinner in captivity was released by the Russians over the weekend. They call on the military and Moscow to respect the Geneva Convention. The Russians may see him as a “foreign mercenary”.

“I fought in Mariupol for five to six weeks and now I’m in the Donetsk People’s Republic,” Pinner said in an edited propaganda video. He looks tired in the photos. In a conversation with a Russian, he is told that he was dismissed like cannon fire by the command of the Ukrainian army to be later honored as a hero. Proof of this is not provided. “You know more than I do,” Pinner replies.

In a statement, the family said from the UK that “Shaun enjoys the Ukrainian way of life”. “He has considered Ukraine his adopted country for four years. During this time he met his Ukrainian wife who is very focused on the country’s humanitarian needs.

“He was part of the Ukrainian Marines and a proud member of his unit. His three-year contract will expire at the end of 2022 and he planned to play a humanitarian role in Ukraine,” the statement said. They are working with the family of Briton Aiden Aslin, 28, who was also in Mariupol and was captured by troops. Russians last week. Aslin also appeared – badly damaged – in Russian footage. They say they want to be exchanged for a pro-Russian opposition member, Viktor Medvedchuk, imprisoned in Ukraine. Earlier, Moscow itself said that he was just a “foreign politician” and had nothing to do with Russia.

Medvedchuk has been a member of Ukraine’s parliament since 2018. Ukraine’s secret service jailed him this month. Video footage of him was shown on Monday in which he says he wants to be traded for “the defenders and civilians of Mariupol”. Medvedchuk is an ally of Russian President Vladimir Putin.

Shaun Pinner already knew that day could come, he told the Mail last January. “The Russians will treat us differently if we are captured because we are British. It is always in my mind that I will be captured.” The British government has yet to respond.