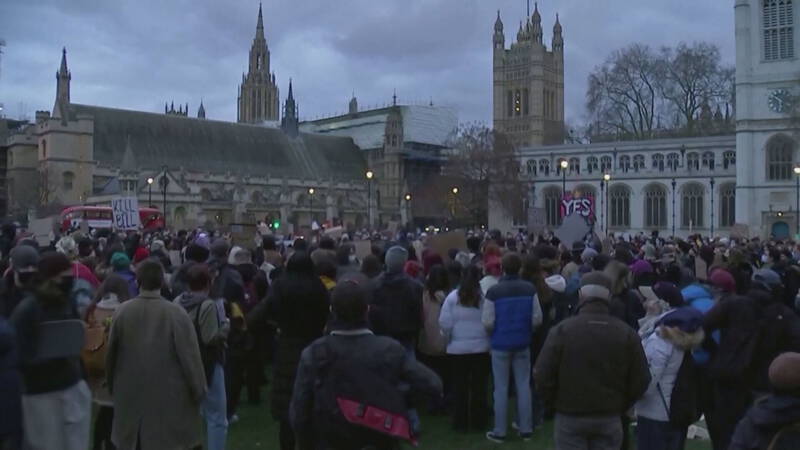 Hundreds of Britons have taken to the streets for the third night in a row in anger over the murder of 33-year-old Sarah Everard and the government is considering restricting the right to protest.

A London policeman has been charged with the murder. Wayne Couzens, 48, appeared in court for the second time on Tuesday. He was accused of kidnapping and killing the woman.

Police are also criticized for the crackdown during a vigil for Sarah Everard. Police say steps have been taken to enforce the distance rules.

London Mayor Sadiq Khan said he was unhappy with the harsh crackdown, in which four women were arrested. In subsequent protests, the police were more cautious.

More than 600 protesters gathered in the British Parliament on Tuesday evening. Demonstrations also took place at the police headquarters. Participants shouted slogans like “all cops are bastards” and slammed cords at the train station. Protesters in parliament demanded the resignation of Police Chief Cressida Dick and Home Secretary Priti Patel.

In the meantime, parliament has partially approved a law by Minister Patel that should facilitate the ban on demonstrations that could lead to major disturbances of the peace. The demonstrations were also directed against this law. Protesters carried signs with the text “kill bill “ (delete the law).