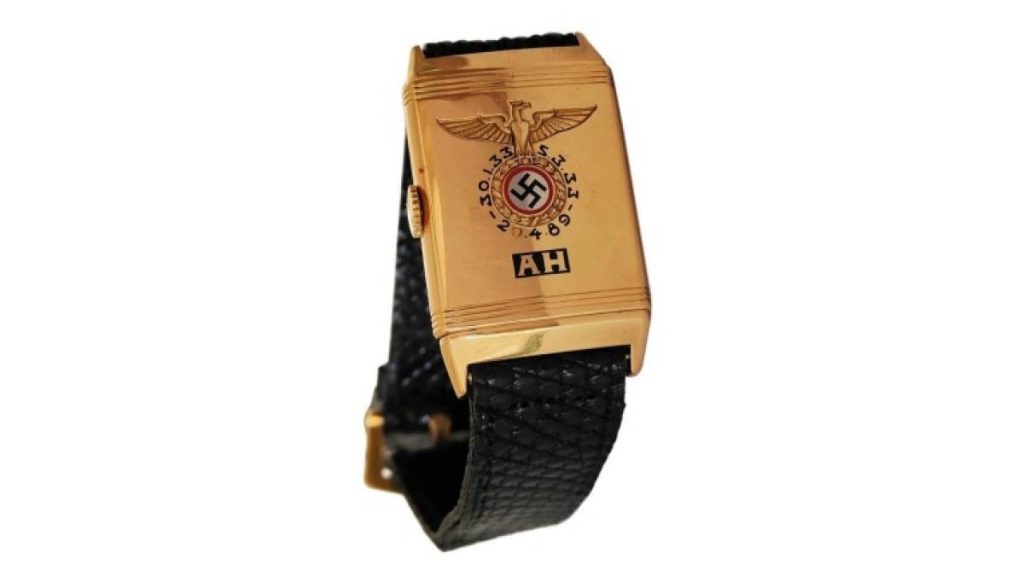 A watch believed to have belonged to Adolf Hitler has sold at auction in the United States for $1.1 million. On the Huber brand clock a swastika and the initials AH are engraved. The buyer of the watch has not been disclosed.

According to Maryland auction house Alexander Historical Auctions, the clock may have been a gift to Hitler on his birthday in 1933, the year he became chancellor of Germany. Around the swastika on the watch case, in addition to Hitler’s date of birth, one can also read the dates of Hitler’s NSDAP election victory and his appointment as chancellor.

In addition to Hitler’s watch, a dress of Hitler’s wife Eva Braun, a collar of his dog and photos of senior Nazi officials with autographs were auctioned. A yellow Star of David was also auctioned.

Prior to the auction, Alexander Historical Auctions was criticized within the Jewish community. Rabbi Menachem Margoli of the European Jewish Association called for the auction to be cancelled.

“This auction, consciously or unconsciously, does two things: it gives free rein to people who romanticize what the Nazis stood for, and it induces buyers to offer their guests or loved ones something that belonged to a genocidal murderer and to his supporters,” he said. .Margoli.

The auction house dismissed the criticism. In front of German media Alexander Historical Auctions informed us that the purpose of the auction was to secure historical items, and that many of these items eventually end up with collectors and museums. “Whether it’s a good story or a bad story, it needs to be preserved. If we destroy historical pieces, there’s no evidence it ever happened.”

Margoli was unconvinced: “It goes without saying that the lessons of history have to be learned, and the real Nazi memorabilia belongs to museums or research institutes. Obviously this does not apply to the things you sell. now.”