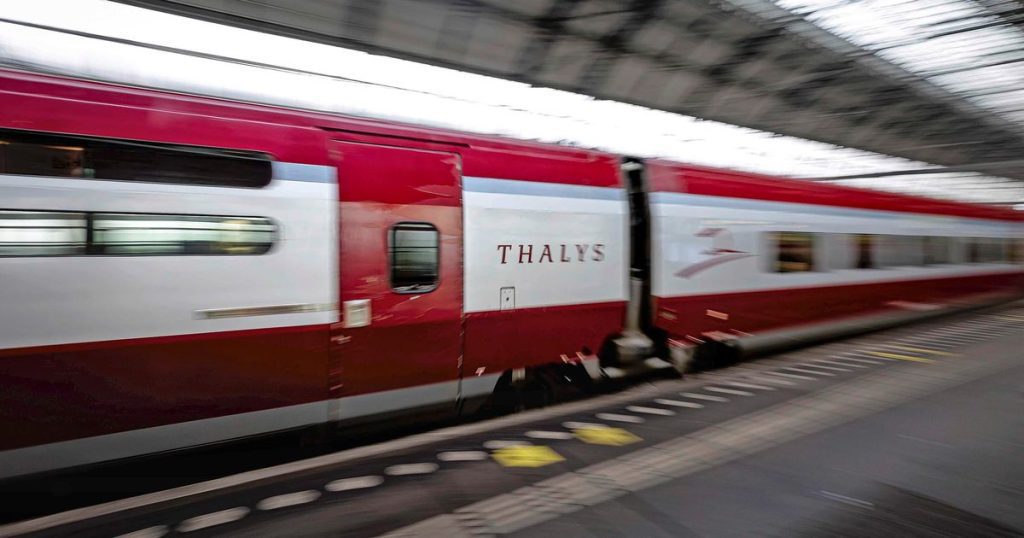 Smoke is released due to damage to the locomotive. For safety reasons, the train had to be completely stopped and the electricity cut off. This means, among other things, that the approximately 350 passengers no longer have air conditioning. “The train doors were opened and water was dispensed,” the spokeswoman said. Firefighters are on the scene, she added.

The railway company is studying the possibilities of evacuating passengers. “The train is stuck at a railway junction, which complicates the evacuation. But we are trying to evacuate them as quickly as possible,” the spokesperson said.

The power cut also affects other Thalys trains, which also had to be stopped with the air conditioning turned off. Again the train doors were opened and water was dispensed. “We are doing everything we can to regularize the situation as soon as possible,” assured the spokesperson.

“The water is exhausted and the information is lacking”

Bart Willems, who is in the affected TGV, says conditions on board the French high-speed train are far from optimal after hours. “It’s very hot, especially in the compartments, even with the doors open,” the Dutchman told De Telegraaf. “The bar on the train is full, the water has run out and we haven’t received any information about what exactly is happening and what will happen. There is also a low range for people who want to seek information or contact. “

He has now found out himself, via social media, that a solution is being worked on. But for now, it concerns the other trains. “The train in front of us is being evacuated. I think the train behind us left for Brussels. He does not know what will happen to the TGV in which he is. “We don’t hear anything at all. The situation is truly hopeless.

Many travelers have already expressed their frustration on social media. “This journey with the Thalys has already started with delays in Brussels due to a collision with an animal on the tracks. Shortly after we got back on the road, but had to stop again because the train ahead of us was having trouble. Now we are going back to Brussels,” someone wrote on Twitter. Other people are also worried. They were told there was a problem with the battery and it needed to be reset.