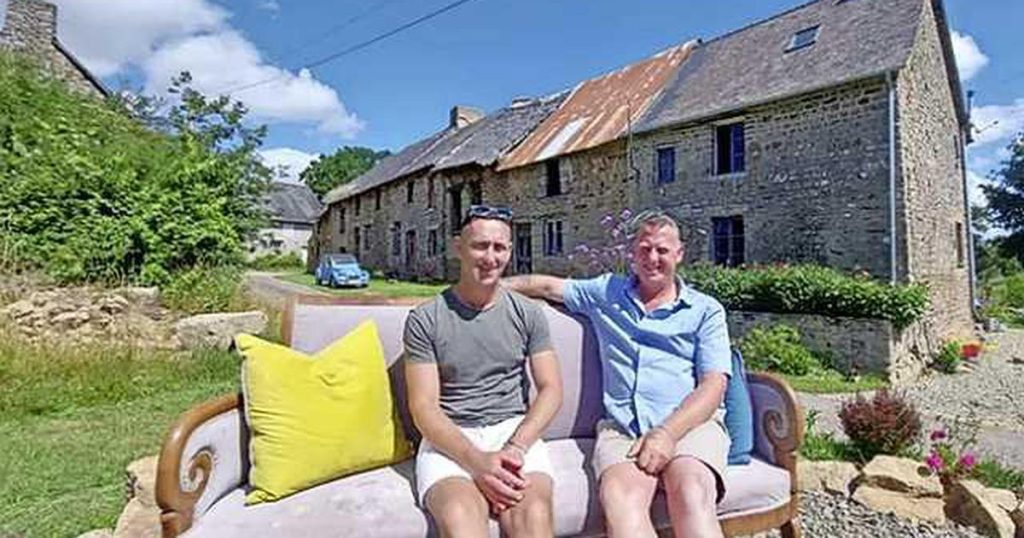 Buying a house in the UK was not possible for British couple Paul Mappley and Yip Ward. The prices were too high. In the region where they lived, they had to pay at least 300,000 pounds (358,000 euros) for a very small house. This option was never really on the table for them. “We had always rented and lived in a – very nice – mobile home from a friend. But when they wanted to sell it, we started to worry.

In their search, the men looked beyond national borders. Finally, in 2019, they found themselves in the small village of La Buslière in French Normandy. A friend wanted to offer them a chalet for sale there. They paid 10,000 pounds (just under 12,000 euros) for it. Their cottage was the last in a row of several cottages. “After our first purchase, we became aware of the fragility of the rest of the row, in that they were in danger of collapsing if left unattended for years, as the roofs had collapsed in places and had let him in”, can we read. on the GoFundMe page of both. In 2021, they could also buy the rest of the houses for a total amount of 12,000 pounds (14,300 euros). As a result, the entire village was ultimately in their possession.

The village of Paul and Yip consists of six gîtes, two barns, a stable, a workshop, a cider press and a communal bread oven. There is also no electricity. According to the GoFundMe page, the houses have been empty for about 25 to 30 years.

The couple plan to turn the village into a luxury holiday destination, rent out the cottages and open a glamping site. But it will be some time before the first guests can arrive. The two had to literally fight their way through the vegetation and only after a while could they estimate how many houses they had actually bought. “It was like a squat when we moved here, but we feel very comfortable now,” Paul told British media. “And we get on well with our neighbors in the next village. They whispered about us when we arrived, but not because we are the only gay people in the village – there are more who live in their village.