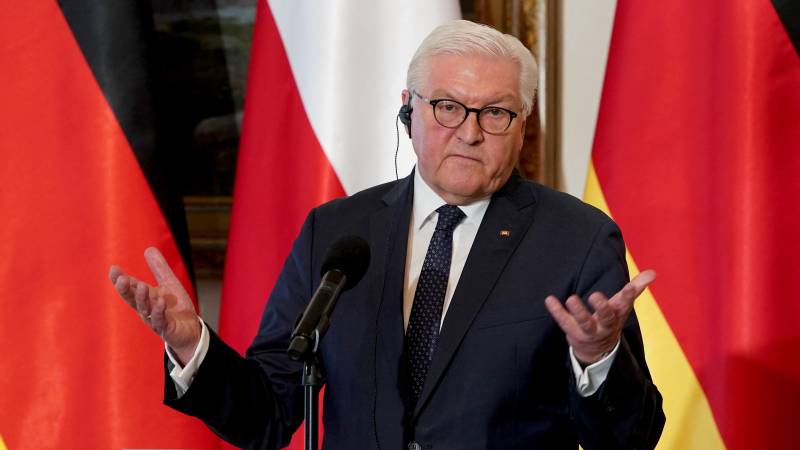 German politicians reacted today with a mixture of annoyance and incomprehension to Ukraine’s refusal to receive German President Frank-Walter Steinmeier. Zelensky himself said tonight that Steinmeier had never officially approached him for a visit, without delving into the matter.

German Chancellor Scholz, who has been expressly invited to visit Kyiv, will not comment on this at this time. He called Steinmeier’s refusal “somewhat irritating to put it politely”. The parties in the Bundestag speak of affront and disappointment. They strongly reject the “swap” between Steinmeier, who is not welcome, and Scholz, who is.

Ukraine’s ambassador to Berlin reiterated this morning that Scholz would welcome Zelensky, especially if he makes any promises about delivering heavy weapons. Scholz has so far been reluctant on this point, unlike his coalition partners FPD and the Greens.

Steinmeier, together with Polish President Duda and their counterparts from Estonia, Latvia and Lithuania, wanted to show their support for Ukraine in Kyiv. But the Ukrainian government made it clear, according to Steinmeier, that his arrival was not wanted.

According to picture, relying on an anonymous Ukrainian diplomat, President Zelensky himself reportedly decided that Steinmeier did not have to come because of his close ties to Russia in recent years.

Chairman of the Bundestag Foreign Affairs Committee Michael Roth (SPD) visited Ukraine yesterday with colleagues from the other two coalition parties – they were welcome. Roth says the German president was only informed after Steinmeier was already in Poland. From there he would travel to kyiv. “It’s important to stay in touch, but I’m very disappointed,” Roth said. “It’s not justifiable for our president either.”

Steinmeier, foreign minister in Merkel’s third cabinet, has maintained good contacts with his Russian counterpart Sergei Lavrov. He defended the Nord Stream 2 gas pipeline between Russia and Germany to the end. Moreover, Steinmeier would not sit well in Ukraine because, when he was still foreign minister, he proposed to give autonomy to the pro-Russian regions of eastern Ukraine, in order to appease the conflict blocked in the Donbass.

Last week, Steinmeier acknowledged that Germany should have taken earlier warnings about Moscow seriously, especially after 2014 when Russia annexed Crimea and armed conflict in eastern Ukraine began. . He admitted it had been “obviously wrong” to keep the controversial pipeline. Ukraine’s foreign minister later said he appreciated Steinmeier’s “honest words.”

Steinmeier’s criticism does not come completely out of nowhere. At the beginning of this month, the Ukrainian ambassador in Berlin already attacked the German president for his relations with Moscow. He also felt that other prominent politicians – such as Chancellor Scholz – had too close ties with Russia. Scholz was invited by kyiv.