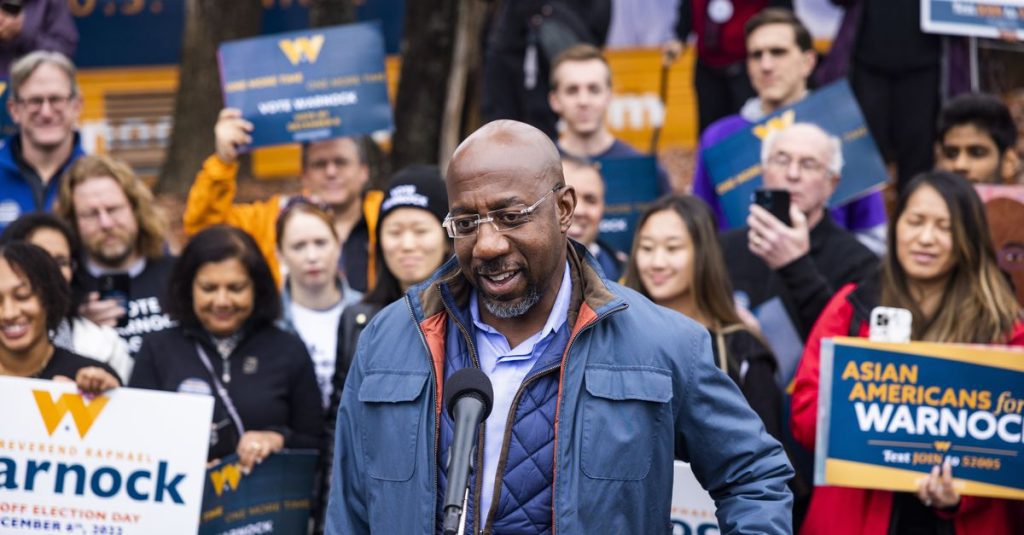 Democrat Raphael Warnock won the deciding round of the election for a Senate seat in the US state of Georgia won, reports the AP news agency. That gives Democrats a 51-seat majority in the Senate, compared to 49 seats for Republicans.


Incumbent Senator Warnock defeated Republican Herschel Walker, a former American football player who was adamantly backed by Donald Trump, in the second round. In last month’s midterm legislative elections, none of the candidates managed to secure a majority. Now, according to the AP, Black Pastor Warnock sits at 50.9% to Walker’s 49.1% after tallying 96% of the vote.

The Democrats’ 51st seat gives President Joe Biden more leeway to implement his plans. At 50-50, Vice President Kamala Harris’s vote had to be the deciding factor and Democrats could not afford a single sleeper in the Senate.

Commenting on his victory, Warnock told supporters it is “an honor” to utter “the four most powerful words in democracy”: “the people have spoken”. In his victory speech, the pastor also thanked his mother, who he said grew up in Georgia in the 1950s “picking somebody’s cotton.” “Tonight she helped her youngest son become a United States Senator.”

The Georgian people are on the eve of the flee flooded with political advertisements. According to the non-profit organization OpenSecrets, the two parties together spent a total of $401 million during the campaign, the equivalent of 383 million euros. Walker was discredited ahead of the election for allegedly paying for the abortions of two ex-girlfriends, while portraying himself as staunchly anti-abortion.