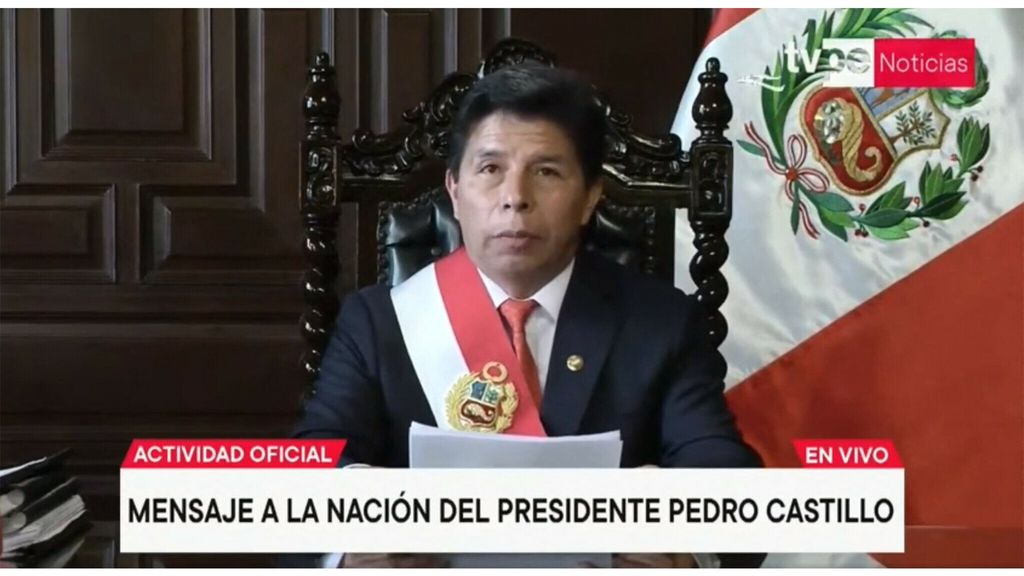 The Peruvian president dissolved parliament to make impeachment proceedings against him impossible. The right-wing opposition planned to debate the impeachment of socialist Pedro Castillo, elected president last year, for the third time in a short time.

He then defeated Conservative candidate Keiko Fujimori by tens of thousands of votes. The former teacher and trade union leader campaigned with the slogan “No more poverty in a rich country”. Meanwhile, Castillo’s popularity plummeted, in part due to soaring fuel and food prices and allegations of corruption.

He has already survived two impeachment proceedings, the last in March. Opposition parties wanted to impeach him for “moral incompetence”, but a proposal to do so failed to win a majority. Two of Castillo’s predecessors were removed from their posts in similar proceedings.

In a televised address, Castillo also announced the establishment of an emergency government. He also announced a curfew and called for new legislative elections. He also said that “part of parliament wants to fire me because they never accepted the election results.”

Several prominent ministers have resigned from the government in protest and the US ambassador to the country also disapproves of the president’s “extra-constitutional” measures. Opposition members speak of a flagrant violation of the constitution and a “coup”.

Hours after Castillo’s televised speech, the exasperated parliament approved his impeachment. We don’t know what will happen now. Peru has been embroiled in a political crisis since 2016, with successive presidents and parliaments fighting each other fiercely.