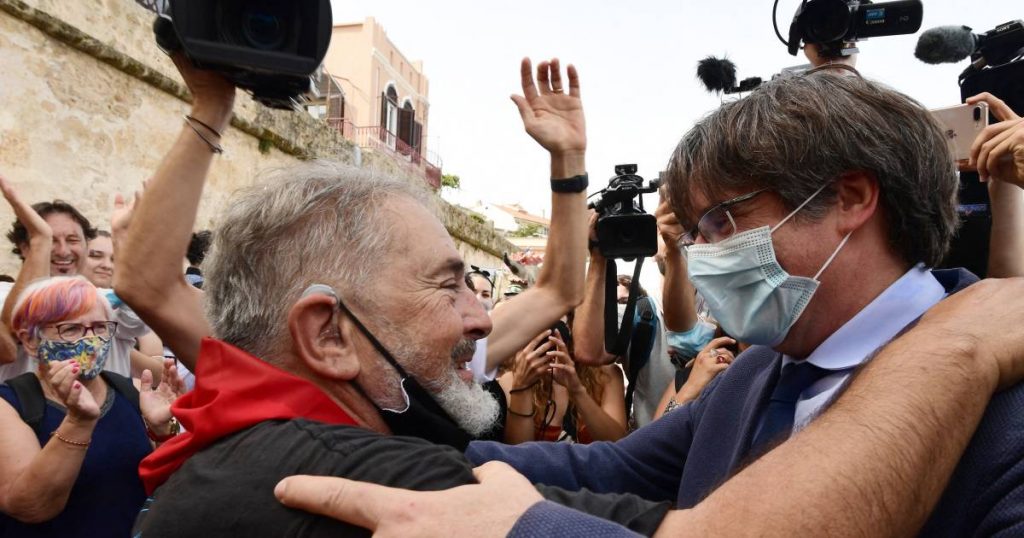 “I’m very happy to be here, to participate in this event,” Puigdemont said today, shaking hands with people and waving to the crowd. He arrived Thursday evening at the airport in Alghero, a town on the Italian island of Sardinia with Catalan culture, where he would participate in a cultural festival and meet Sardinian politicians.

Puigdemont, 58, was arrested on his arrival while being prosecuted in Spain for his role in the attempt to secede from Catalonia. He was released Friday evening after showing his willingness to attend a hearing on October 4 on a possible extradition to Spain. According to his lawyer, he could leave Italy in the meantime.

Puigdemont enjoyed parliamentary immunity until early this year, after being elected MEP in 2019. However, in March this year, the European Parliament accepted a request for immunity from Spain. raise. Spain had asked for it. This decision paved the way for extradition to Spain. Puigdemont went to the European Court, but he stuck to the parliament’s decision. According to the judge, there was no reason to believe that Puigdemont would be extradited to Spain.