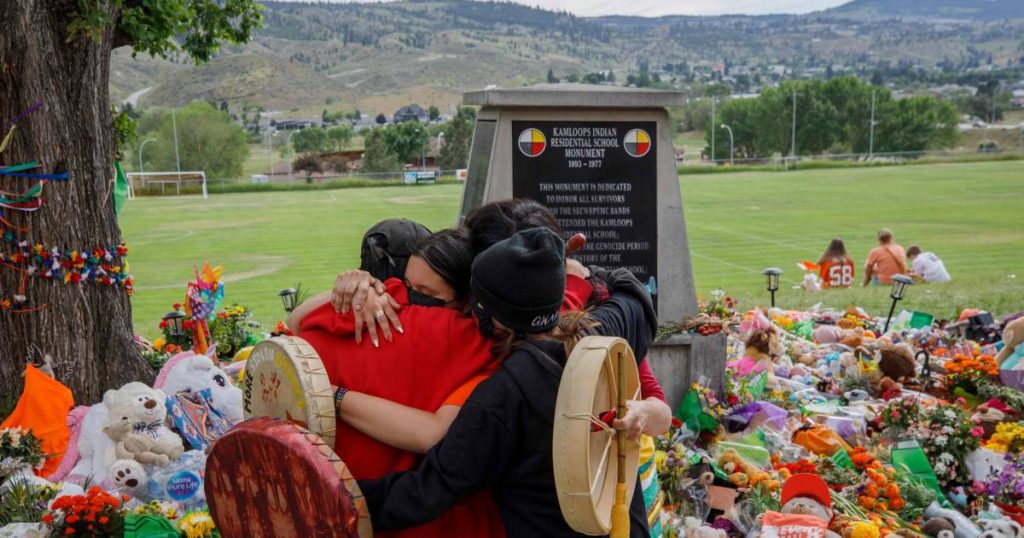 The Canadian bishops have officially apologized for the abuses at residential schools for Indigenous children that came to light earlier this year. Since May, more than a thousand anonymous graves have been discovered in former residential schools in British Columbia and Saskatchewan, which were mainly run by the Catholic Church and funded by the government.

“We, the Catholic bishops of Canada, express our deep regret and unequivocally apologize,” Church leaders said in a statement, also saying they were “fully committed” to reconciliation. The bishops write that they recognize the “suffering” and “serious abuse” inflicted on the victims.

Over the past 165 years, up to 1996, approximately 150,000 indigenous children in 139 schools have been forcibly separated from their families. There they had to adapt to the culture of the white inhabitants of Canada, while being isolated from their own family, language and culture. They were victims of malnutrition and physical and sexual abuse. A national commission of inquiry, which speaks of “cultural genocide”, had previously reported that more than 4,000 people were killed in schools.

“Many religious communities and Catholic dioceses have participated in this system, which has led to the suppression of indigenous languages, culture and spirituality, in defiance of the rich history, traditions and wisdom of indigenous peoples”, said the bishops. “We also sadly acknowledge the historical and continuing trauma and legacy of the suffering and challenges that Indigenous peoples face to this day. “

The Catholic Church has already received strong criticism in Canada, because in the eyes of Prime Minister Justin Trudeau, among others, the Vatican refuses to take responsibility for abuses committed in residential schools. Pope Francis had previously expressed his “disgust” at the gruesome discoveries, but indigenous leaders also want to hear a mea culpa come out of his mouth. A meeting between them and the Pope is scheduled for December at the Vatican.

The Canadian bishops also agree in their letter to provide documentation and records that can help identify victims found in anonymous residential school graves. In the meantime, the search continues for other possible graves, including using ground-based radar technology.

September 30 is the first National Day of Truth and Reconciliation in Canada in honor of missing children and residential school survivors.