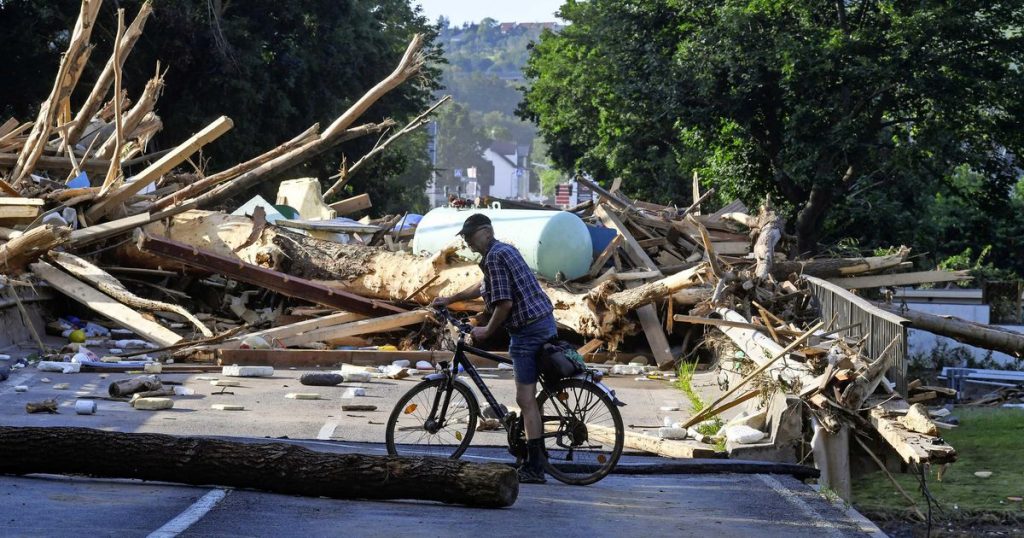 In Saxony, there is flooding in Saxon Switzerland, a popular hilly tourist region near Dresden. Local authorities announced on Saturday evening that several places are no longer accessible: Neustadt, Sebnitz, Bad Schandau, Reinhardtsdorf-Schoena and Gohrisch were particularly affected. People are advised to avoid cellars, underground garages and the metro. The railway line between Bad Schandau and the Czech Dečin is closed. “The situation is tense, but manageable,” said the crisis center of the state’s interior ministry.

Alert Level 4 was exceeded on the Polenz River near Neustadt, according to the state flood control center. The Kirnitzsch, Sebnitz and Lachsbach rivers are experiencing an “extreme rise in water level”. “Serious flooding is to be expected,” a government agency said on Saturday evening. Since Saturday afternoon, aid workers have had to travel more than 250 times.

The Oberbayern was also hit hard. There have been evacuated homes, landslides, flooded streets and submerged basements since Saturday night. The firefighters are busy. The situation is “dramatic”, according to the emergency services of the region around Traunstein.

Berchtesgaden and Bischofswiesen, in the extreme south near the border with Austria, were particularly affected. The water flows from the mountains and the water level of the Ache rises sharply. Some houses have been evacuated. The population is advised to leave the cellars and not to go out into the streets. Several small highways have been flooded or closed due to landslides.