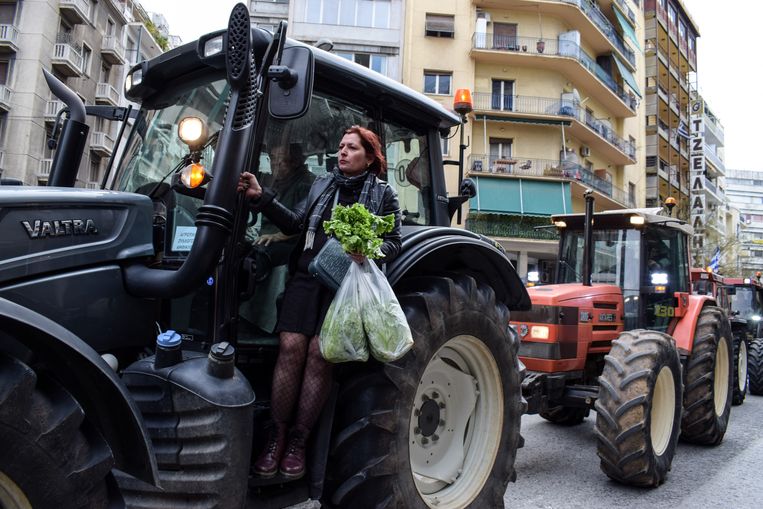 Although interest rates in the Netherlands and Germany are also rising, they are rising much faster in Greece and Italy. The yield on a 10-year German government bond, the bund, has risen since the start of this year, from negative 0.27% to positive 1.01%. But that of Italy went from 1.19 to 3.15% and that of Greece itself from 1.17 to 3.63. This means that the spreads have now widened to percentages not seen for a long time. And these can ensure that the euro countries of southern Europe are no longer seen as creditworthy by investors. Harald Benink, professor of economics at the European Union in Tilburg, says investors are demanding higher risk premia from the most indebted countries.

A new debt crisis would play into Russian President Putin’s hands as it could tear the united eurozone apart. The widening of spreads coincides with the ECB’s intention to reduce its bond buying program and raise interest rates. This means the fender is falling off.

A repeat of the 2012 crisis is no longer inconceivable. Then the gaps increased to 6 percentage points. Speculators tried to blow up the euro zone for their own benefit. Economists then gave no more pennies for the survival of the monetary union.

Former ECB President Mario Draghi saved the euro with his “whatever it takes” statement. He promised to use all means to save the euro and set up a support program in which southern European countries received billions of euros in loans from Brussels.

Draghi was lucky that inflation was so low that everything could be taken out. Now the situation is more dangerous. Not only because of high inflation, but also because the ECB already has so much debt on its balance sheet. If spreads exceed 3%, speculators such as hedge funds can detect new opportunities. Ten years later, the debts of the countries of southern Europe in relation to their GDP have only increased. Greece’s public debt now stands at 193% of GDP, Italy’s at 150%, Portugal’s at 127% and Spain’s at 118%. Officially, according to EU agreements, these debts should not exceed 60% of GDP.

A lot of pain for bond investors

If the euro crisis worsens following a recession, the ECB will still have to provide emergency support to the so-called “zero” countries. This is only possible if Italy and Greece implement extreme austerity measures, but it could lead to major social unrest there. Otherwise, the EU will have to act as a savior by issuing bond issues together on behalf of the eurozone countries, which essentially means that the countries give up their financial sovereignty and that a federal Europe is practically a reality.

The German 10-year rate, the benchmark for the euro zone, is now at its highest level since August 2014. Overall, the value of bonds in investment portfolios has already fallen by $8 trillion this year due to of rising interest rates. “It’s been a long time since bond investors have suffered as much from falling prices as they have in recent months. And what stands out most is that they’ve been overwhelmed left and right. right by equity investors,” says Johannes Müller, macroeconomist at DWS. Especially on long-term bonds, such as thirty-year bonds, the losses are huge. Sometimes they go up to a quarter of the value. Losses on existing stock and bond portfolios are also significant for large investors such as pension funds, but they are fortunate to base their funding ratios on the interest rate.