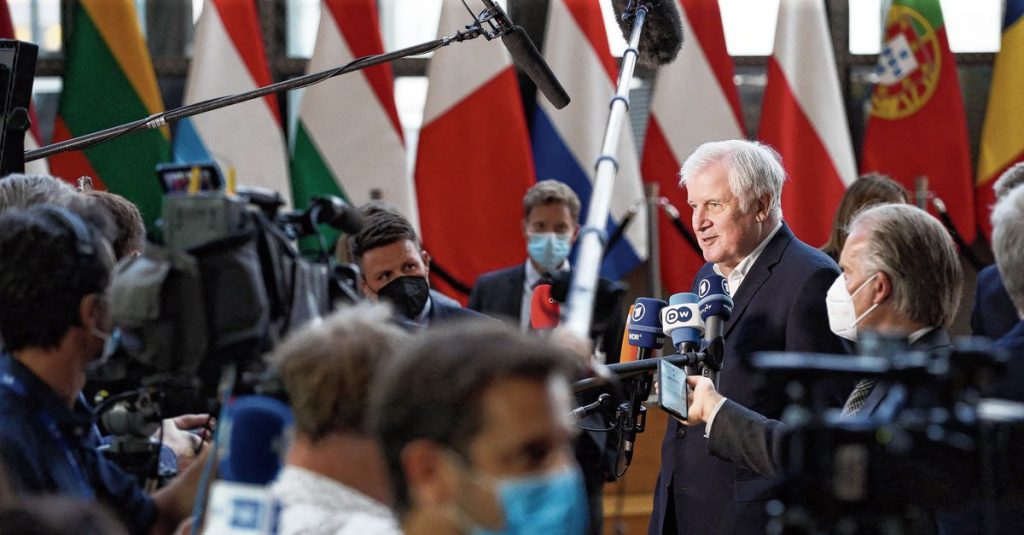 It may still be extremely uncertain that many Afghan refugees will arrive in Europe, but EU countries are united to stop them at all costs. At an additional meeting, EU immigration officials agreed on Tuesday on a joint statement that focuses mainly on preventing “uncontrolled migratory flows”. The reception in the region and the prevention of “security risks for EU citizens” predominate in the text, while the language is vague as to the possible inclusion of “vulnerable groups”.

In the statement, EU countries say they are “determined” to prevent a repeat of “large-scale, uncontrolled illegal migratory movements”: an implicit reference to 2015, when more than a million refugees, mostly Syrians, entered Europe. This must now be avoided by “acting together”: in everything, it must be made clear that it does not make sense for the Afghans to try to reach the EU, including through information campaigns.

Austrian Interior Minister Karl Nehammer addressed “the region” on Tuesday afternoon in front of the camera in English law: “Stay there, and we will support you there; there. “EU countries have expressed their intention to release money in the near future to support neighboring countries in hosting refugees and called on the European Commission to do the same. However, the amounts and Specific commitments have not yet been made. German Interior Minister Horst Seehofer stressed on Tuesday that we must hurry. “If we make mistakes and talk too long, it could lead to negative developments in the coming months. “

Read also : Turkey and EU fear another refugee crisis, is this real?

A dissenting voice came Tuesday from Luxembourg Foreign Minister Jean Asselborn who, before the consultations, strongly criticized the harsh tone towards the refugees, in particular Austrian Chancellor Sebastian Kurz, which would be contrary to “European values”. His call to bring 40,000 to 50,000 vulnerable Afghans into the EU was not supported by anyone. The joint declaration only specifies that the reception and distribution of vulnerable refugees, women and children, can only be done on a voluntary basis. The discussion over a “fairer” distribution of refugees has stalled since 2015 and attempts by the European Commission to force a breakthrough with new proposals have so far been unsuccessful.

However, the Commission will soon organize a European forum where EU countries will discuss the support and possible inclusion of vulnerable Afghan refugees. It is not known whether the EU countries will be ready to make concrete commitments. Seehofer stressed on Tuesday that he did not want to quote figures because, he said, they could have a “suction effect”. Dutch State Secretary Ankie Broekers-Knol (Migration, VVD) also later underlined that mentioning numbers is premature and that it is now particularly important that Europe “has control and management. borders for the longer term ”.

A version of this article also appeared in NRC on the morning of September 1, 2021